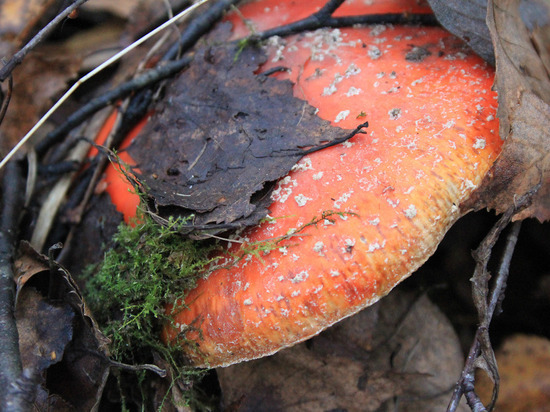 The autumn of 2022 in Russia became rich in emergencies associated with poisoning with red fly agaric. In October, in Krasnoyarsk, a teenager ended up in intensive care after eating dried hats bought on the marketplace. The other day, a Muscovite turned up at the Sklifosovsky Institute, who, in her words, also bought this mushroom in the same online store. The police are checking.

Meanwhile, in mushroom communities, disputes over the edibility or toxicity of the red fly agaric have not subsided for many years, and mushroom experts have not come to a consensus on this issue.

After the poisoning of a Krasnoyarsk teenager, the sale of fly agaric products on the marketplace is prohibited by a court decision. Recall that the student bought a dried hat and used it right in the yard, where the point of issue of orders is located. After 40 minutes he became ill, he woke up already in the toxicology department. After that, the local Rospotrebnadzor went to court. The investigation showed that dried fly agaric was sold as a dietary supplement for ingestion, the product description listed a lot of therapeutic effects and did not mention side effects.

The court forbade the marketplace to display such goods, but the Muscovite, in her words, nevertheless bought fly agaric there - and still ended up in the emergency department. True, the press service of the marketplace stated that it is unlikely that fly agarics were bought from them - for several months they have been following a ban on the sale of such products. Representatives of the marketplace expressed doubts that it was fly agarics that led to health problems in the Muscovite. In their opinion, she could have poisoned herself because she violated the recommendations for using the drug.

In fact, the line of products for internal use, which include fly agaric, is wide today and is represented on a mass of online sites. These are dried mushrooms, and teas, and all sorts of miracle capsules.

In recent years, adherents of the so-called fly agaric microdosing have appeared - funds based on it are quite easy to purchase on the Internet. No clinical studies in the world have confirmed the benefits of this, of course.

The well-known mycologist Mikhail Vishnevsky has long been promoting the red fly agaric as a valuable and useful mushroom, who even published the book "His Majesty the fly agaric" a few years ago. The book details recipes for preparing the mushroom that purportedly make it safe. In particular, it is believed that boiling twice for 15 minutes with draining the water completely destroys any traces of toxic substances (more precisely, the poisonous substance muscarine). Another way is long-term drying at low temperatures, followed by aging for a couple of months.

If the conditions are not met, anything can happen, although numerous fly agaric fans often do not bother with unnecessary body movements.

There are people who fry these mushrooms in a pan even without boiling them first; some eat them on camera afterwards.

As fungotherapist Irina Filippova says on her social network, for some reason the fly agaric was legalized in the country in the 1990s. First, it was removed from the lists of hallucinogenic and poisonous mushrooms, and then from the list of narcotic plants. At the same time, as Filippova notes, there were no scientific articles and explanations. But it became possible to collect and sell it.

“If at one time I signed a non-disclosure agreement on hallucinogenic mushrooms, now special manuals are being published in Russian,” writes Filippova, “Colossal money is being poured into mycologists around the world to study hallucinogens. In the name of a beautiful goal - the treatment of depression. In fact, there is an active drug addiction of the population. A fly agaric and some kind of “microdosing” in capsules were found near the Kazan shooter. Because cross out - do not cross out, but the fly agaric is a hallucinogen.

Filippova warns that, on the one hand, this is a medicinal mushroom with a high antitumor effect, it has an analgesic effect, relieves pain in joint diseases. But ibotenic acid, which is part of the red fly agaric, does not disappear during drying, freezing and boiling. And the use of fly agaric in fresh, dry form and in tinctures leads to agglutination, that is, gluing of red blood cells and the appearance of blood clots.

“This is not an unfounded statement - cases of getting into St. Petersburg hospitals with strange symptoms have become more frequent: a drop in pressure, confusion and incredibly high hemoglobin, more than 300 units at a rate of 130. All have an allegedly single case of taking fly agaric. Either some kind of fly agaric tea, or tincture, or microdosing,” the doctor notes.

In the meantime, industry representatives believe that it is time to introduce serious liability for the distribution of such a dubious product.

“This is not the first scandal with marketplaces, and the more opportunities they have to sell both supplements and drugs, the more such cases will be.

Unfortunately, today marketplaces are not responsible for anything: they say that they are not sellers, but only provide a showcase. But this is about human health, and there should be proper regulations for the sale of such products. You can buy anything on the web. Therefore, it is necessary to legislate the responsibility of the entire commodity distribution chain: from the manufacturer (supplier) to the seller and courier. Strict control over the sale of health products is necessary, because our population has a pernicious habit of self-diagnosing and prescribing therapy on the advice of a neighbor, blogger, or Internet publications.

Well, biologically active additives should be sold only through pharmacies: there is incoming control, all documents are checked, certification, state registration, and only goods approved for use in the country are taken for sale, ”the head of the Alliance of Pharmaceutical Associations, chairman of the SRO Association told MK. independent pharmacies" Victoria Presnyakova.