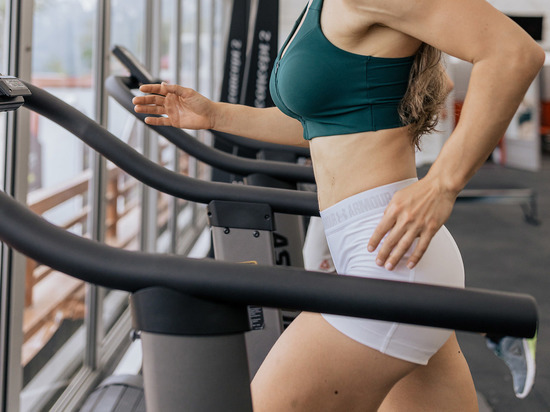 More than 170 thousand rubles were sued by a resident of the Moscow region from an online store that sold her a low-quality treadmill. While exercising at the simulator, the engine caught fire. It also turned out that the seller disguised an item of unknown origin under a Japanese brand.

As MK found out, some time ago Anna (name changed) purchased a treadmill in an online store worth 38,990 rubles. However, she could not use the simulator for its intended purpose - as soon as the jogging speed reached 9.8 km / h, the engine of the equipment caught fire. This led to an abrupt stop of the moving web, a pop, a flash from under the motor casing and the operation of a voltage control relay in the apartment. The woman went to the store with a demand to repair the goods. The track with assurances that now everything is in order was returned to her only after 23 days.

However, after a while, the same problem recurred - when picking up speed, the engine caught fire again. The client demanded from the seller to return her money for the goods, taking into account the difference in price to date, and compensate for moral damage. The store refused to satisfy the claim, but offered to replace the ill-fated motor. This time the sports equipment was returned to the owner after 58 days.

Unfortunately, the repeated repair did not bring results - as soon as Anna made an attempt to run, the engine flared up again. Trying to understand the unpleasant situation, the customer began to study the characteristics of the product. And found that she was sold counterfeit products. Not only was there no mandatory labeling on the product, but there were no identification marks at all, allowing to obtain at least some information about it. It turned out that the inventory did not pass mandatory certification - there was also no certificate of conformity.

In addition, on the website of the online store, as well as in the user manual, it was indicated that the country of origin of the goods is Japan. The same information was confirmed by a store employee in correspondence. However, the seller was unable to provide documents proving this. The information on the engine said it was made in China.

The indignant customer filed a consumer protection lawsuit with the Zhukovsky City Court. The woman considered that the simulator of unknown origin threatens her health and life. The judge concluded that the seller had indeed sold a product with manufacturing defects that recurred even after repair. Since the store refused to pay money for low-quality products in response to the client's claim, Anna had the right to collect a penalty. Also, the woman could count on compensation for non-pecuniary damage.

The judge ruled to recover in favor of the plaintiff 38,990 rubles paid for the treadmill; the difference between the price of the goods at the time of purchase to date - 26,000 rubles; a penalty - 38,990 rubles, compensation for moral damage - 5,000 rubles, a fine - 54,490 rubles. and expenses for legal services in the amount of 7000 RUB. In total, the violator will have to pay the client more than 170,000 rubles. Also, the seller was obliged to take out the faulty simulator from the buyer's apartment within 10 days at his own expense.

Newspaper headline:
A woman on fire prevented a woman from running a marathon