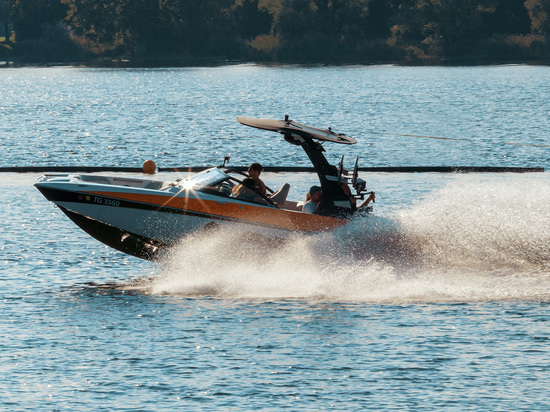 The man was drunk, this was confirmed by the examination

A resident of Kolomna, who cut off the leg of an 8-year-old boy on the Oka River in the Kolomna City District this summer, was sentenced to a suspended sentence. After the incident, the child became disabled.

As MK has already reported, on August 25, 8-year-old Ilya (all names have been changed) was relaxing on the river bank with his mom and dad. Rest combined with water skiing. It was not the first time Ilya did this, so he stood confidently on the water. In the company of parents there was a 54-year-old owner of the boat, who carried out these entertainments for the schoolboy. The guy was put on a wetsuit and a life jacket, and the family watched him from the boat. At about 5 p.m., having sailed away from the beach, the boat picked up speed. At some point, Ilya could not stay on his feet and fell, and the owner of the boat slowed down. The boy prepared to start again, but at that moment another boat swam on him, which followed in the opposite direction. The life jacket did not allow the athlete to go to the bottom. When the boy was taken aboard, they were horrified to find that Ilya was missing part of his left leg. The student was hospitalized in critical condition. The part of the leg cut off by the propeller of the boat could not be found.

As it turned out, a drunk 50-year-old resident of Kolomna was driving a boat that hit a schoolboy. Also on board was his friend, the owner of the boat - a 46-year-old traffic police inspector.

According to Anastasia Glushchenko, senior assistant to the head of the Western Interregional SU on Transport of the Russian Investigative Committee, the man who was driving the boat immediately fully admitted his guilt, and the examination showed that he was drunk. A criminal case was opened under the article "Violation of the rules of traffic safety and operation of water transport by a person who is in a state of alcoholic intoxication." The court chose a measure of restraint in the form of house arrest.

Servants of Themis from the Kolomna Court found the boat driver guilty and sentenced him to 3 years in prison with a suspended sentence of 3 years suspended.