Completed overhaul of a residential building in 1956 in Zamoskvorechye. The three-storey building erected in the last century (house No. 10, building 3 on Bakhrushina Street) corresponds to the style of its time - it was decorated with elegant decor, a multi-stage cornice with denticles stretches along the perimeter of the building, and window openings are recessed into the plane of the facade. At the same time, its facades have a simple plasticity.

“Particular attention was paid to the preservation of the original beauty of this small house, which keeps the spirit of old Moscow. We developed a unique project for the work, taking into account all the nuances of the object. For convenience, the work on updating the facade was divided into several stages. First, the planes were cleared, the cracks in the brickwork were repaired and treated with an antifungal solution. Then they took up the careful preservation of decorative elements. Specialists used the most advanced technologies in order to restore the decoration of the house with maximum accuracy. A lot of work has been done in this direction,” said Vladimir Kozhichenkov, Deputy General Director of the FCR of Moscow. 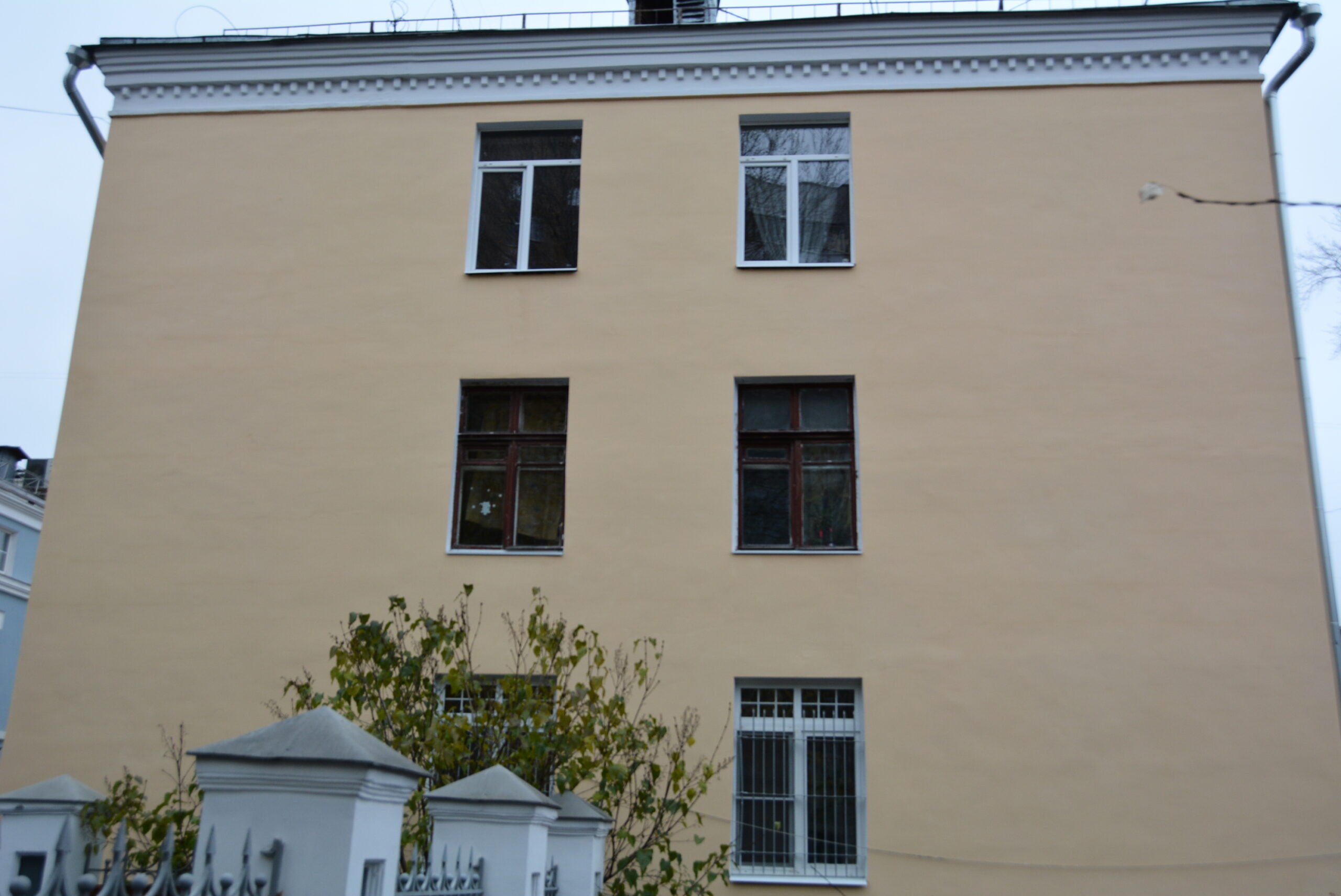 Upon completion of the repair, the walls were painted in accordance with the historical color scheme.

The basement of the building was renovated and tiled. FKR specialists put in order the slopes and replaced the drainpipes. The entrance groups were repaired and the doors in all four entrances were replaced.

“After carrying out the whole complex of works on putting the facade in order, the house received a second life, its portrait became fresh, historically accurate. Modern domestic materials help to create a new, beautiful and safe living environment in Moscow,” Vladimir Kozhichenkov emphasized. 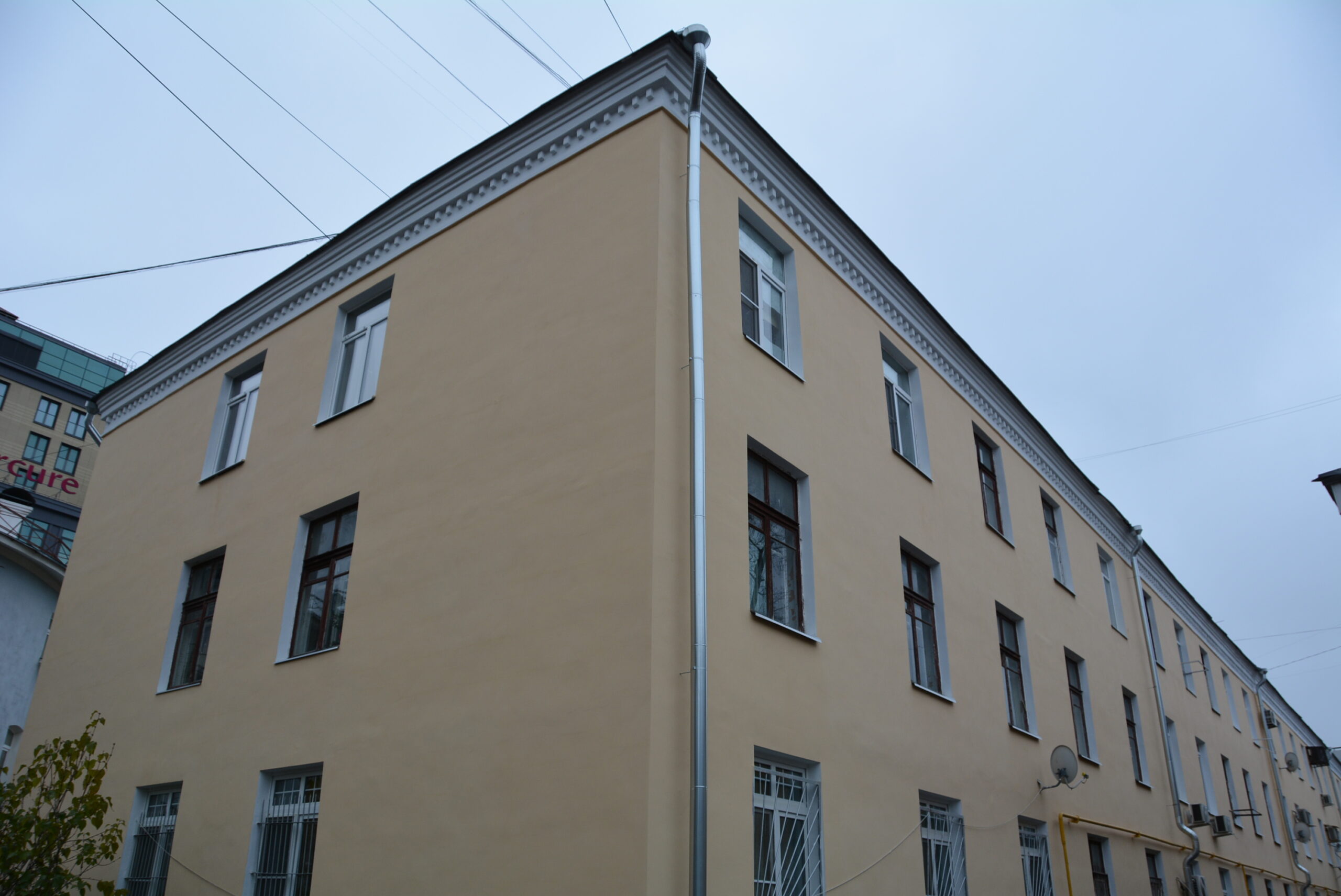 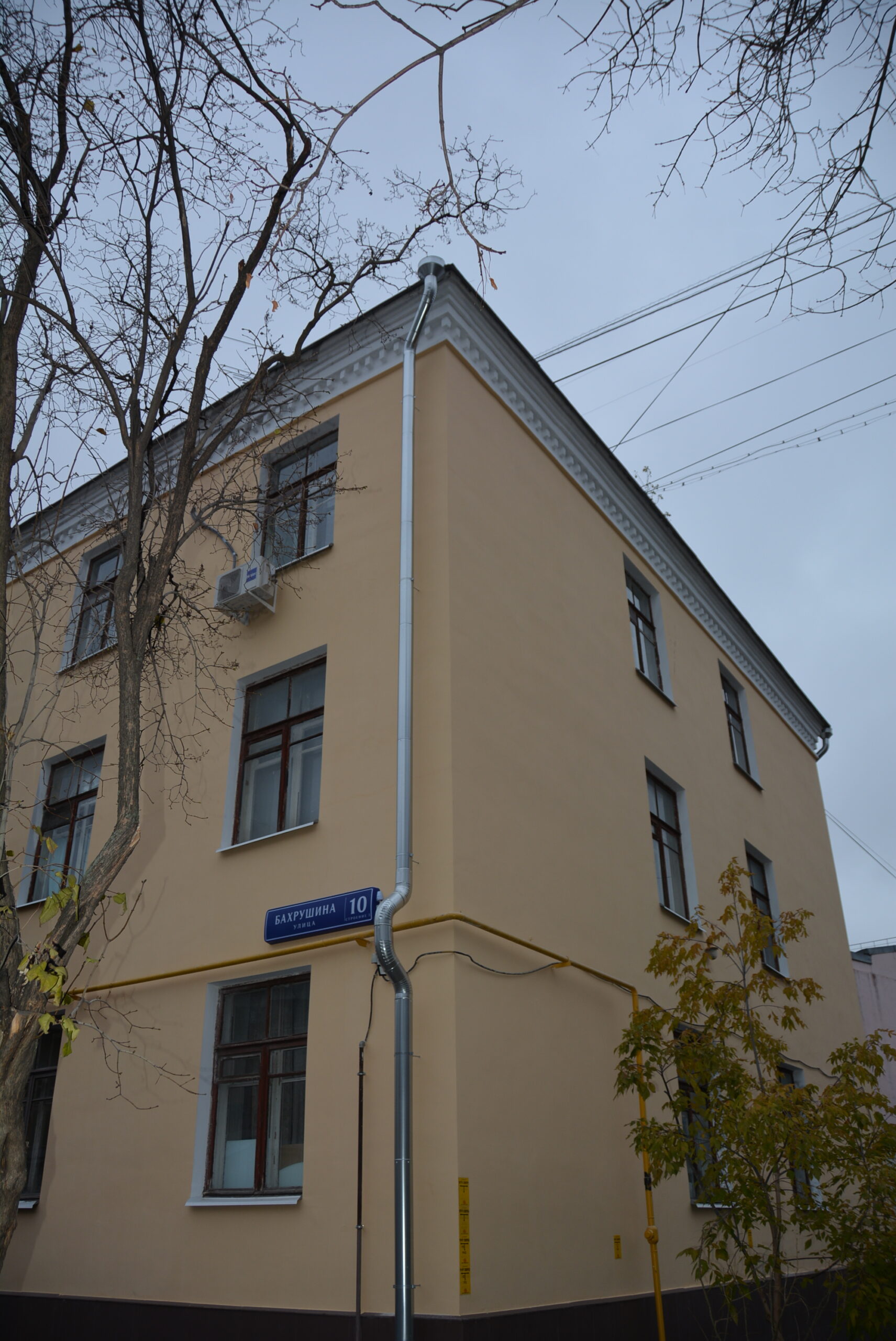 Interestingly, the street on which the house is located was called Luzhitskaya. It received its current name in honor of the Moscow merchant and philanthropist A. A. Bakhrushin in 1959.

The Moscow Capital Improvement Program is one of the largest housing modernization projects not only in Russia, but in the world. The program includes more than 28,500 houses with a total area of ​​more than 275 million square meters. m., in which it is planned to repair more than 355 thousand engineering systems and structural elements of buildings and replace more than 115 thousand elevators.

To clarify the timing and types of work under the overhaul program, so-called short-term implementation plans are drawn up. The plan for 2021–2023 includes 4,437 houses in the capital with a total area of ​​34.2 million square meters. In 2022, repairs are taking place in 1.7 thousand houses.

According to the materials "My House Moscow»