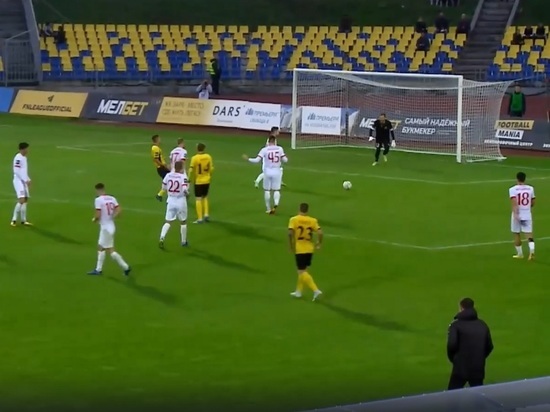 For all ninety-plus minutes of the match, not a single goal was scored, although there were moments

Now SKA-Khabarovsk is in its favorite place - in the middle of the standings, showing very unstable football. In one match the game pleases the fansin others - such as today frankly infuriates.

Especially frustrating implementation moments. It seems that the players from Khabarovsk SKA are being fined for not hitting the target. Well, or they set the task not to beat, but simply to run. CSKA run to other people's gates create chances, but the implementation is lame.

The army team started the first half very actively, creating several opportunities to open an account at once in the first minutes. I'm sure this match would have gone in a completely different scenario. But it did not happen, the ball flew anywhere, but not into the goal.

Already by the middle of the game segment, the initiative began to gradually slip away from the guests, and by the beginning of the second half, the Ulyanovsk team was already frankly outplaying the Khabarovsk team. However, they had several killer moments in which the players simply had to score, but frankly forgave their opponents.

If the first half was looked at in the same breath, then the second came out heavy and, if I may say so, viscous. The army team constantly tried to find weaknesses in the defense of the home team by rolling back to their own half, and as a result they began to play the football that the outsiders imposed on them.

The result of the match is a goalless draw with a team that won only one match in 11 rounds. However, we must pay tribute to people from the Second League - they tried and at times their efforts could be a disaster for more experienced army men. In such a game, the first goal scored means a lot, especially if it is scored towards the end of the match.

On the good side, the army team still earned one point, Evgeny Pomazan, who got into the frame instead of Vladimir Sugrobov, who dropped out due to injury, has been showing himself very well for the second game already, in general, the team still looks like a classic middle player. Let's see what happens next, especially since Roman Sharonov gives the impression of a knowledgeable specialist.

"I think the opponents changed after the first half, began to play more aggressively, went on the attack with great forces. Naturally, all ninety minutes it was not possible to play dominant football, they slowed down a bit at the end, but I think the fans liked the game - on a collision course, especially the last twenty minutes, on both sides of the attack. It’s a pity that we didn’t manage to win, we went that way. But it’s okay, a point is also in the piggy bank, although I think today the game is more like lost two points, because we could decide the issue in the first half, there were many chances. "Volga" adds with each game, it can be seen. They play more boldly, it was evident in the second half - they were already snapping, creating chances, "said Aliev, forward of FC SKA-Khabarovsk, commented on the match.

Now SKA-Khabarovsk is returning to the Far East to fight in the 1/32 finals of the Russian Cup with Dynamo from Vladivostok on October 5th. Fans are in for a real derby, which, with the departure of Luch, they have already missed. The match will be held in the capital of Primorye at 19:30.

Read also: SKA-Khabarovsk beat Kuban 2-0 at home, “If we take the game as a whole, it was of the highest quality”: Roman Sharonov commented on the victory of SKA-Khabarovsk over Neftekhimik