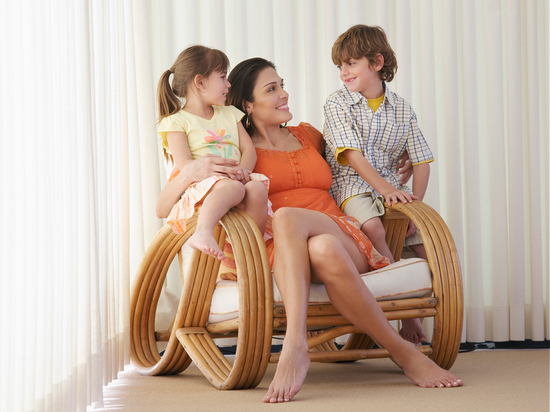 President Putin at the Novo-Ogaryovo residence meets with the mothers of NWO participants. The visit is timed to coincide with Mother's Day, which has been declared a Russian holiday for almost a quarter of a century. The history of the Memorial Day is colorful, it mixes representatives of the Anglican Church, American pacifists and Russian scouts. But it is impossible not to admit that for all these years in the Russian Federation the holiday has not become popular.

Mother's Day is celebrated by children. Which follows not only from the very essence of the holiday, but also due to the fact that kindergartens and schools do not leave the holiday without attention. Concerts are usually not prepared for this day, but crafts, drawings and other cute souvenirs are made by hand. Moreover, the teddy bear and the forget-me-not were made the official symbols of Mother's Day in Russia, there is already a place for “cuteness” to roam. In the few schools where cooking classes remain, they bake pancakes, cookies or even cakes for mothers.

“Yes, every year my children bring me something from school,” says Elena, a Muscovite, mother of three children. - The youngest first-grader gave a portrait last year, the beauty is incredible. The middle one made a postcard with the class with a leaving paper forget-me-not. And the elder bought flowers, real ones. He is already big and adult, 15 years old. No, no one made bears, and for the first time I hear from you that the bear is also a symbol of the holiday. Looks like the school doesn't know either. In general, every year I myself am surprised anew - oh yes, again Mother's Day. Not a holiday. March 8 is another matter - everyone congratulates each other, there was a concert at school, there were matinees in the kindergarten. And this day somehow passes by.

Indeed, if the Day of Family, Love and Fidelity (Peter and Fevronia) is somehow widely celebrated and advertised, there is no gu-gu about Mother's Day in the public space. Maybe because Family Day was made warm in the summer, there are chamomiles in hand, as they say (chamomile is a symbol of the holiday of Peter and Fevronia). And at the end of November, in the midst of freezing rain - what kind of forget-me-nots? .. Even the "symmetrical" Father's Day was arranged on the third Sunday of June - Putin signed the corresponding decree in 2021.

“Even those who have heard of Mother's Day usually demonstrate two stereotypical opinions - that this is an American holiday and that Putin introduced it in Russia,” says historian Vadim Alekseev. And both opinions are wrong. In our recent history, the decree on celebrating Mother's Day was signed by Yeltsin in 1998. But this holiday existed in the Russian Empire. And his roots are rather English. Although it is officially believed that Nicholas II laid the foundation when he created the network of Schools of Order and Gymnastics. We can say that Ragnar Fernberg, who lived in Finland and was specially invited to St. Petersburg, brought Mother's Day with him. There were also their own organizers - staff captain Zakharchenko, guards captain Yanchevetsky and others. But only Fernberg managed to make a truly mass organization according to the already known model. And the sample was, of course, English. In the "Albion" of the beginning of the 20th century, the movement of "scouts" was born, his father Robert Baden-Powell was ideologically close to Kipling, they were friends. In honor of the founder, the movement was long called BP Scouting. Well, then, as we know, the Scouts were driven out by the pioneers, and the pioneer organization borrowed a lot from them, from neck ties and chevrons to oaths and social games. But for a while, until the late 1920s, Scouts and Pioneers existed side by side.

“Mother's Day, which Fernberg proposed to celebrate in Russia in 1915, is more than 200 years older than the scouting movement,” Alekseev continues. Since the middle of the 17th century, Britain has been celebrating Mother's Sunday at the end of the second week of Lent after Easter. The roots of the holiday are also religious, associated with biblical texts that are read at this time, where the Virgin Mary and mothers are often mentioned. They give various pastries on this day, since the holiday is associated with Easter, and violets or primroses, which at this time, March-April, are already blooming in England.

In the USA, they also celebrate in the spring, in May. There, after the war of the North and the South, they tried to give this Day an ideological connotation, to present it as a day of solidarity for soldiers' mothers, a day against wars. The author of the idea was the famous pacifist and public figure Ann Jarvis. But the "Mothers' Friendship Day" proposed by her did not take root. Holiday state-church, under the auspices of the Methodists. In other countries, too, everything is different and on different dates, as far as I know.

Indeed, in Hungary, Portugal, Lithuania - the first Sunday of May. Sweden, France - last Sunday in May. In Georgia in March, in Armenia in April. In Kazakhstan in September, in Belarus in October... And in November only in Russia.