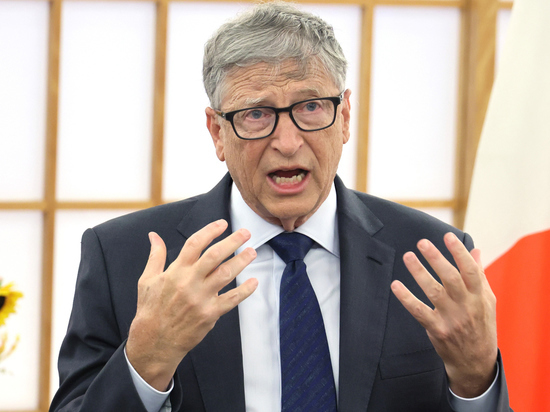 Before everyone else had time to fight off the next strain of coronavirus (Europe, for example, is now side by side sick with the Kraken), Bill Gates, speaking in Sydney, Australia, said that humanity had acted rather recklessly with the covid pandemic, the Daily Mail reports. And that we must immediately and very seriously prepare for the next threat, which (quite possibly) will be caused by an even more deadly virus, this time breaking free from some laboratory.

In general, everyone likes horror fans. Therefore, before it is too late, humanity needs to work out a clear plan of salvation. And this time more thoughtful than three years ago, when SARS-CoV-2 came to us.

The billionaire believes that the countries of the world should regularly organize anti-pandemic exercises in case of a much more dangerous infection, spend hundreds of billions on this matter, and introduce a stable and uniform international order based on mutual political will. And be sure to remember the power of quarantines and vaccines.

In general, all this has already happened, and there is nothing new in Gates' statement. Perhaps his speech was timed to the fact that as early as this week the WHO will determine whether COVID-19 should maintain the “transitional red flag” of the global pandemic, as the head of the organization, Tedros Adhanom Ghebreyesus, said.

How all this is treated in Russia and what can be expected in the future, we asked Vladislav Shafalinov, professor, doctor of medical sciences.

“This is not a new or unexpected statement, Bill Gates talks about this all the time, constantly repeats that we should wait for the next pandemic. This is understandable. He is vitally interested in it, as he is one of the main sponsors of the World Health Organization, which no longer knows how to get out of it in order to repeat something like the coronavirus. Remember last year's attempt to announce a new world contagion - monkeypox?

Yes, I remember, of course. But somehow it didn't work out all at once.

- Especially in Russia. In general, everything related to monkeys is treated rather lightly in our country, and this is ridiculed a priori. A monkey is always an element of antics, laughter, jokes. And here also, mostly representatives of non-traditional orientation get sick. It is clear that we laughed at the danger. So the theme was initially chosen incorrectly, and the ardor of the organizers was brought down.

But Bill Gates does not despair!

They will never give up their ideas and plans. And as soon as something more or less suitable appears on the horizon, they will immediately make the necessary decisions, as was already the case in 2020 with COVID-19. When the head of the WHO uttered the ambiguous phrase: "This can be characterized as a pandemic."

- Yes, and all the states of the world, including the Russian Federation, where at that time there was not a single case of the disease, instantly added the coronavirus to the list of especially dangerous infections and announced unprecedented measures to combat it, and so on.

— In 2024, by the way, most countries should sign the so-called “Pandemic Agreement”, with the help of which WHO, represented by its beneficiaries, will control and prevent potential future pandemics, no matter how many there are. This organization wants to gain unlimited power over the health and safety of the world's population and establish the so-called "new normal".

- In fact, it is quite difficult to sign a common “Pandemic Agreement”, for example, in May of the past year in Geneva, at the World Health Assembly, they already tried to amend the international health rules. But these amendments were not accepted by a number of participating States, so they did not pass. This year, most likely, they will again try to smuggle them in, because the globalists really need to create their own supranational structure. In any field other than medicine, this is difficult. Only medicine can be used as a battering ram, because only by saving human lives can those unprecedented measures of total control that they want to introduce under this matter be justified. They tried to manipulate people with fear and guilt. To form in weak people a sense of fear of the virus, and in strong people a sense of guilt that they can cause someone to become infected. With the help of these two tools, you can manage the world well.

- But Russia seems to have left this agenda and, apparently, will not sign any agreement?

— Unfortunately, as far as I know, Russian representatives are actively involved in consultations on these issues. Moreover, I heard from colleagues, whose opinion I trust, that our delegation at the last assembly was not against the introduction of amendments to the same international health regulations. Other states reacted negatively to this, in particular, the countries of Africa, as they perfectly understand the traditional attitude of the Western world towards themselves. And that nothing good awaits them after the introduction of the Pandemic Agreement.

- It turns out that they understand the negative consequences, but we do not?

“I don’t think this is how you treat your own people. I absolutely share the point of view against mass lockdowns and the government's decision to include coronavirus in the list of especially dangerous infections. We tried to fight this through the courts, but to no avail - we were denied a lawsuit.

— COVID-19, by the way, became the sixteenth disease on this list. It also includes HIV, hepatitis B and C, tuberculosis, anthrax, cholera, plague and others.

- We had an impeccable argument why it should not have been so, but everything is useless.

- I think that he is not independent in making decisions that he voices. Yes, he is the main sponsor of the WHO, and nothing more. What he was told to say, he said. But usually those who make decisions remain in the shadows. They will continue to stick to their line.