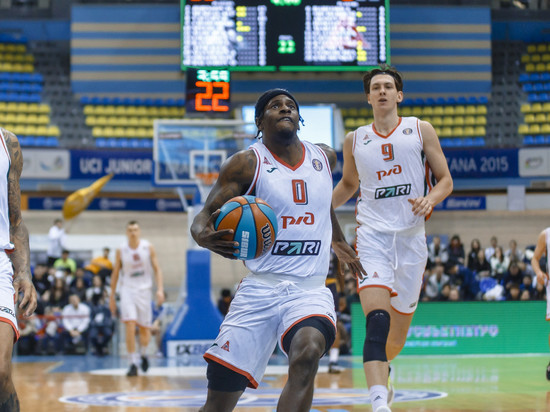 Krasnodar "Kuban" continues its steady progress in the handball super league. SKIF got the favorite, Lokomotiv-Kuban played one of the best matches, and the volleyball players stumbled in Chelyabinsk. "MK in the Kuban" talks about the results of the sports week.

Handball "Kuban" is in good shape. The team previously gave battle to the powerful Rostov-Don club, losing to the national champions only in the final stretch. A day later I had to play a match against Stavropol. Winning was key. You can call the confrontation with Stavropol a more important match than against Rostovites, in the sense that the points in it are from the category of counted ones, that is, here Kuban was obliged to win. In a match with favorites, it is difficult to hope for replenishment of the tournament piggy bank, but with equal or weaker opponents, you need to win, especially when it comes to the home court.

In the first round "Kuban" sensationally lost in Stavropol. The motive for revenge became key. "Kuban" then played clearly below their capabilities, and in the end they missed a lot of killer moments in order to reduce the match at least to a draw.

During the game, it became clear that a revenge would take place. Kuban quickly got down to business - and the gap grew at a gigantic speed: 18: 9 in the first half - a knockout blow. At the same time, Krasnodar managed without their main goalkeeper, Elena Nikolaeva. Yuliana Sknar successfully replaced her, repulsing every third throw.

The player of "Stavropol" Anastasia Seradskaya expressed the opinion that the team burned out because of too much desire to win. Guests had a chance to get into the top seven. Stavropol coach Evgeny Zotin noted that the team has nothing to do with such a game there.

"Continuation of the banquet" followed in Zvenigorod, where they managed to get "hanging in the air" points that could be taken by any of the teams.

Definitely the most significant victory of Krasnodar in the season. The yellow-greens have not beaten opponents from the top 5 before. Krasnodar themselves did not get into the top five, most of the time they were sixth or seventh. Two defeats each were from CSKA and Rostov-Don, two draws were hooked in games with Lada and Astrakhanochka, and they lost to them once. We also lost to Zvezda in the opening match of the championship.

As always, the principled game against the Moscow Region team turned out to be sparkling. The match did not affect the balance of power at the first stage, but these points will be transferred to the next round. In the first half, the teams "pulled the blanket" over themselves. A terrific match was played by goalkeeper Elena Nikolaeva, who returned to action in a timely manner. She showed phenomenal numbers against a strong opponent: 42 percent of shots reflected. Kuban head coach Denis Saifulin noted that her saves were the most important factor in the victory. She not only saved the gate, but also, thanks to this, launched quick attacks.

In the end, Anastasia Shavman scored two difficult balls with the referee's hands up. She didn't score much - four goals in total, but she never missed. Ekaterina Bobina turned out the best match of the season: she upset the rival goalkeepers seven times.

And the organizers recognized Maria Gafonova as the best player in the Kuban. She scored only one goal, received a red card five minutes before the end and did not finish the meeting. At the same time, as always, she played an important role in defense.

Entered the fight in the new year and the male SKIF. The opponent got not from the “retractors”, but immediately the favorite - CSKA Moscow. This, one might say, is an advanced version of SKIF, if the team had a serious financial resource. A huge group of former club players is based in CSKA. Dmitry Kuznetsov, Denis Afonin, Valentin Vorobyov, Sergey Ivanov, Ilya Belevtsov entered the Olimp site. Oleg Khodkov, a native Kuban, is in charge.

In the first minutes, Krasnodar took the lead - 2: 0. The CSKA mentor said that the team had not yet moved away from traveling by train. Then Krasnodar began to experience problems. Completion of attacks suffered, the guests used fast transitions. Accumulated advantage of six goals. He hung with such a heavy load that both teams could not move him. The advantage shifted only by a couple of balls back and forth and in the end remained unchanged by the final siren - 30:24 - the army team won. SKIF, to its credit, at least, did not fall apart, fought until the last minutes. The team of Dmitry Karlov dropped to seventh place.

Basketball players of Lokomotiv-Kuban completed the first stage of the VTB United League tournament. Krasnodar had previously secured the right to play in the top six, so there was no hassle.

The opponent was one of the outsiders. "Red-green" could replenish the piggy bank "hundreds". Only once in the season they scored a hundred points, and in the previous championship they made hundreds of matches. No one then did more.

Now we have stopped in a "pixel" from the symbolic boundary - 98:67 (30:20, 25:15, 25:16, 18:16). Andrey Martyuk returned to action - the best athlete of the Kuban in 2022 according to the fans. He provided a breakthrough, which led to a score of 11: 2. The newcomer of the team, Devon Akun-Purcell, does not slow down. It turned out to be a dashing first quarter, 30 : 20 is a good start for Loko. Krasnodar also won the second quarter by ten points. Only in the final quarter did the performance decrease. Akun-Purcell and Jaylen Burford led the way in scoring with seventeen points each.

- We played disgustingly in terms of defense one on one. Twenty-four losses is a disaster, but we made them because Loko defended very well.

Head coach of Lokomotiv-Kuban Alexander Sekulich noted that the team played one of the best games of the season:

— We came here to show the highest quality basketball. We made it. A very important victory for our talented youngsters and it's a great pleasure for me to see how my players show progress.

On January 29, Loko is waiting for the third match with Zenit from St. Petersburg. Both previous fights turned out amazing, despite the defeat.

The winning streak of Dynamo volleyball players ended in Chelyabinsk in the sixteenth round of the Super League, and in a very unceremonious way. Krasnodar suffered the second defeat of the season against Dynamo-Metar. And both times the defeat was discouraging. In the first round, the Chelyabinsk volleyball players were "dark horses", and Krasnodar looked like the favorites. However, the game ended with a convincing victory for the Chelyabinsk team, which did not allow the White-Blues to take a single game. This was seen as a fiasco. Since then, the negative impression has smoothed out and the defeat has become more logical. Still, the team of Alexander Koshkin became the winner of the Russian Cup, and in the championship it is in the top six, proving its strength.

Dynamo sank shortly after that defeat, losing seven times in a row. But now the team has perked up. Against the backdrop of three home victories, the fans expected that the fight would be at least sharper.

The second set went without such jumps in the score, for a long time the rivals were level, but it was completely cut off in the decisive stage. The final drawings again remained with the hostesses.

The third set was completely uncontested. Dynamo-Metar seized the advantage from the beginning of the game. Count 25:13 is humiliating and painful.

Ex-Krasnodar Angelina Sperskaite is playing for Dynamo-Metar. She put an end to the match. Most troubles came from Daria Malygina and Maria Samoilova, who scored fifteen and fourteen points.

Dynamo has thirteen points in the asset of Maria Bogovskaya. Krasnodar remained in ninth place. The disposition with Minskchanka was preserved, which also lost.

The next match will be at home on January 27 - Krasnoyarsk "Yenisey" will become the rival.