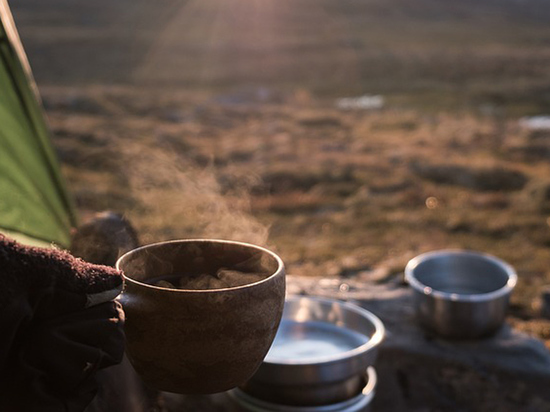 The prototype was a boiler with a heat exchanger

Specialists of Yelets State University received a patent for a portable tourist multicooker.

As it became known to MK, in working condition the invention is a cylindrical body into which a pan of smaller diameter is immersed so that there is a distance between the walls of the body and the pan. A stand is screwed to the body from below, a heat exchanger is attached to it. This is a small container with holes around the perimeter, to which a burner with a gas cylinder is attached. The heat exchanger serves to protect the fire from the wind, exhaust gas exits through the holes. This design is crowned with a screw cap. For transportation, the multicooker is unscrewed, the gas cylinder is placed in a pan, the heat exchanger is placed in a stand.

When the burner is ignited, the burning gas, protected from the wind by a heat exchanger, warms up the air, which envelops not only the bottom of the pan, but also its walls, spreading between them and the body walls. As a result, food is prepared much faster, thanks to which, in field conditions, you can afford dishes that tourists usually do not dare to prepare. The prototype of the invention was a kettle with a heat exchanger, to which a burner is screwed, but in this design it warms up only during the day, that is, in terms of its potential, the development of foreign Kulibins is inferior to the Russian one.