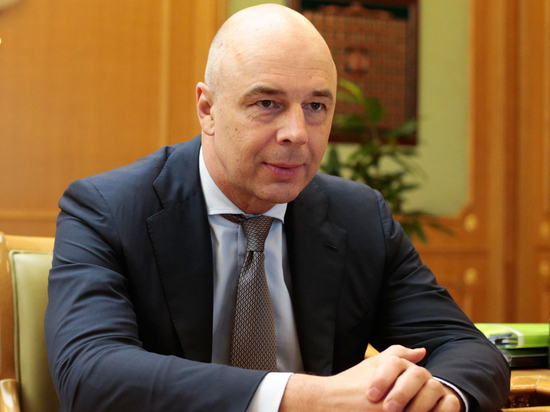 “The main problem is how to convince foreign partners”

The Ministry of Finance is considering the possibility of exchanging foreign assets frozen in the Russian Federation for Russian assets blocked abroad, said the head of the department, Anton Siluanov. The initiative is "in the early stages of consideration". Experts see many obstacles, both technical and political. Although they recognize the objective logic and legitimacy of this step.

It will be necessary to take a number of legislative measures and to observe the interests of both Russian and foreign investors, the minister added. In addition, Siluanov said, it is necessary to reconcile the volume of blocked assets and obtain appropriate confirmations.

Earlier, the Minister of Finance of the Russian Federation said that Western states had frozen about $300 billion of our country's gold and foreign exchange reserves, that is, about half of the total. In turn, at the end of October, the European Commissioner for Justice and the Rule of Law, Didier Reynders, expressed the opinion that these funds could be used as a "guarantee of Moscow's participation in the restoration of Ukraine." He also noted that as part of the sanctions in seven EU countries, the property of 90 Russians worth more than €17 billion was frozen, of which €2.2 billion was in Germany.

Meanwhile, at the end of March, the Central Bank of the Russian Federation announced that, as a response, it had frozen the assets of non-residents (foreign participants in the Russian market) for an amount “comparable” to Russian losses. True, independent experts believe that the scale of our “freeze” is actually at least an order of magnitude lower than the amount of $300 billion. At the same time, according to the head of the Central Bank Elvira Nabiullina, the regulator is discussing the idea of ​​creating a fund to compensate for losses to those domestic investors whose assets were frozen.

How realistic is the scenario of the exchange of frozen assets, which was voiced by Anton Siluanov?

“Technically, the idea of ​​the Ministry of Finance is feasible,” says financial analyst, candidate of economic sciences Mikhail Belyaev. “But it will take appropriate legal documents and political will, and from both sides.

The main problem is how to convince the West. To date, the situation has developed into a stalemate, like in chess: neither side, having the right to move, can use it. Meanwhile, this would be a completely pragmatic, wise decision, akin to paying our debt obligations in rubles.

It is necessary to classify the funds frozen by both parties, to clarify what kind of assets and volumes we are talking about in order to avoid an unrecoverable balance, unsettled balances. If we change, then immediately on the principle of "all for all", without the slightest "tails", which will then be extremely difficult to get rid of, the analyst believes. And most importantly: conditions must be created for the technology of exchange, based on a political decision regarding the abolition, dismantling of the blockade itself. After all, you can not exchange frozen assets. Thus, argues Belyaev, initially we are talking about documents not of a financial and technical, but of a legal and diplomatic nature. And not about mutual offset, not about transferring funds from one account to another.

“The justification for the need for an exchange should be given by professional financiers, and the final approval should be given by the top political leadership of the Russian Federation. However, then we will have to somehow push people in the West to a similar step, since there will be no obstacles on our part,” Mikhail Belyaev is sure.