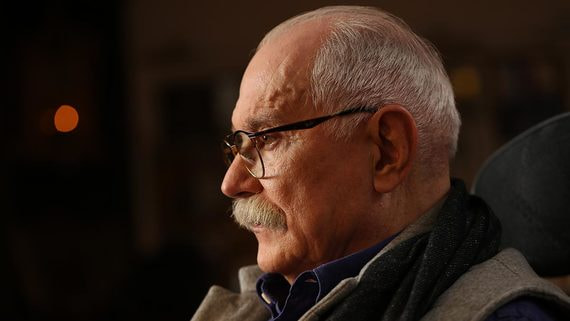 In 2022, the domestic cultural and cinematic landscape has changed radically. Hollywood studios left the Russian market, after which film distribution faced a shortage of films for premieres, some domestic cultural figures went abroad. Russia, obviously, will have to change its cultural policy, carry out "import substitution of cinema" relying on its own forces and the markets of friendly countries. About how this can be done and how Russian cinema differs from Hollywood, Vedomosti talked with director Nikita Mikhalkov.

– Where is our film industry today, taking into account the external and internal factors that have appeared since February? Our filmmakers are now building different versions of how we will develop inside, what are the external directions for development - the Middle East, Asia, and so on. But no one has a complete conceptual understanding yet. How do you see the further development of the film industry?

- I think that the period of Hollywood cinema for Russia is over. Still, the Russian man is, in one way or another, the fruit of Russian literature. If a person is the latest bum, has never read Dostoevsky in his life and does not know anything about him, then Dostoevsky knew everything about him. This is still a single worldview, regardless of the educational qualification, they are connected by a common national code.

30 years ago, a deception took place: it was as if freedom had come, and we thought that free true art had poured into us through the window that had cut through into the free world. By and large, they inserted a sewer pipe and drained everything that they themselves did not need.

On what cunning people made huge money? An incredible number of video libraries appeared, first cassettes, then disks. And all this cinema, this whole shaft, which seemed like a breath of freedom, was quickly deciphered by our viewers. Our people, one way or another, were brought up on cinema and literature, in which the search for meaning was the basis. Cinematic production itself began to exist from the opposite. They began to shoot about what was previously impossible to shoot. And they filmed it mainly not because it was important and interesting, but precisely because it was impossible to do this before. The Forbidden fruit is sweet.

But this, in general, quickly began to dissolve. Because if there is no meaning in the cinema, the search for meaning, then entertainment or an attempt to keep up with the Hollywood scale is meaningless here. Because technically, technologically, they have always been ahead, and they have always done it better than us. And what we were able to do, only a few were able to do there. In general, in principle, under the Soviet Union, both we and the Americans made approximately the same number of paintings and approximately the same number of beautiful paintings. Out of 400 films, 3-5 masterpieces could be singled out both here and there.

But in the mass this shaft was higher than ours in terms of technology and capabilities. Many people think that America created Hollywood, but in fact it was Hollywood that created America. This is the highest achievement of world cinema. Americans have managed to make themselves and the world convinced that the best cinema is their cinema.

– We were able to convince ourselves that our cinema was the best, but this was largely due to the fact that we had not seen our cinema. But it was precisely the best that was done with us that, as a result, became the best when it came out of here into the world. Offhand, the same The Cranes Are Flying, or Ivan's Childhood, or Andrey Rublev, or War and Peace, etc. And I would like our audience to be convinced again that our cinema is the best. Moreover, he did not deceive himself in this, but he would be right in thinking so. But for this, it must be in demand by the viewer, the viewer must recognize himself, appreciate himself in this cinema. And when a person is constantly being proved that he is shit in all manifestations and that the country in which he lives is shit, and that the government in this country is shit, then the person gradually gets tired of this. At first they like it, it is considered bold, innovative, and then the person says: “I can’t take it anymore, I’m tired. I don't want this."

And here it's not even about lying and varnishing. I always cite as an example the phrase of an old man who said that the cruel truth without love is a lie. And Russian art without love, without catharsis, does not exist for me.

Even the cruelest, most difficult things are permissible and possible if I, as a spectator, as a reader, see that you, the director, writer or actor, love one of those and sympathize with one of those whom you portray on the screen, on pages of a book or on stage. Justice and compassion are the basis of both the Russian person and Russian art in general. Therefore, the industry, if we talk about it, it can and should be nationally in demand.

In general, I believe that only deeply national can become truly international. Because, say, Chinese films shot by Chinese Americans, although they are about the Chinese, they are not Chinese cinema. And there is amazing Chinese, Iranian cinema, but we do not know it well.

“Now we have such an opportunity to study alternative repertoire from other countries, after the end of the Hollywood era, opportunities are opening up for our producers. How to use these opportunities?

“This needs to be done, it’s a routine job. At one time, film clubs did this, and people came to watch them, and experts talked to them before the show, and then they discussed the film together. For example, I am convinced that practically no one, except for specialists, knows the name of such a great Iranian director Majid Majidi, he makes brilliant films for 3 kopecks on his knee. And when he has the opportunity to shoot an American, I mean in terms of scope, blockbuster, he shoots an incredibly powerful canvas - "Muhammad: Messenger of the Almighty" (stated budget - $ 40 million - Vedomosti). He shoots an absolutely fantastic, Hollywood-scale picture. But with the highest meaning.

Sri Lanka visa fee to rise to $50 from December 1