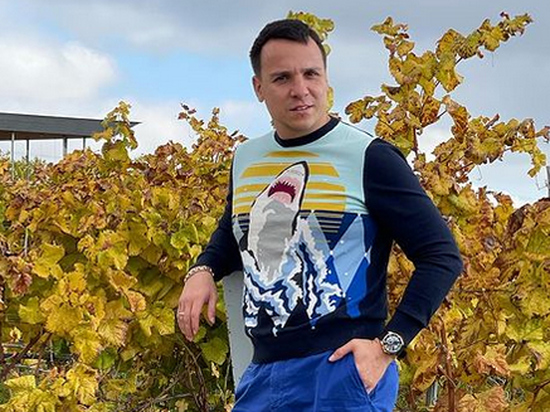 - Pavel, it has long been said that in Russia it is necessary to reassemble culture. There is also such an opinion: a kind of special operation is required within the Russian cultural process. Recent events have confirmed this once again.

- It seems to me that a special operation (if we mean by this a short-term powerful action, pointwise aimed at solving one specific problem) will not help here. I immediately remember the words of my friend, a professional fitness nutritionist. He says that if you have been eating improperly for 5 years, turning your body into a shapeless pile of sores, then you also need to lose weight and recover qualitatively for 5 years. You can, of course, lose weight much faster, but this is unlikely to lead to a good result. That's how it is in culture.

- That is, the disease goes away as long as it came, as the ancients said ...

- For several decades, culture has been turned into a business. She lived according to business laws, guided by business goals, moving far from her original destiny. Over the years, a certain infrastructure has developed that has nothing to do with moral ideals and art. It was created, like everything else, according to the laws of the capitalist world. We can say that now there is Kultura LLC. And this is a private enterprise, not nationalized. And the majority founders, unfortunately, are overseas. So, in order to change the situation and return culture to its original purpose, it is impossible to simply give a government order to do this or that. It is necessary to change the very principle, the very approach to culture, to build our own national infrastructure, and this will take the same several decades.

- That is, it turned out that in the first roles in, as you said, Kultura LLC, there were those who found fault with our state for its own state, and other, money?

- Yes, for the most part, the entire cultural infrastructure was under external control. Often financed by those who consider Russia their enemy. And even public funds allocated for patriotic content ended up in infrastructure, were lost there, and often worked against their own state.

- Then how to relate to the statements of conditional liberals that the patriots have subjugated the literary process? Here, by the way, the patriots are accused of the same liberals. Again, with all the conventionality of these markers "patriots" and "liberals".

- No "patriots" can now subdue culture purely physically. They simply do not have a share in Kultura LLC or this share is not controlling.

From my personal experience, I can say one thing, without naming specific literary awards, once I was directly denied passage to the final due to the lack of certain criteria for relevance. These criteria were very similar to those now put forward by the Oscars.

- And the trouble here is that we know these criteria from the series “you can’t live like this, repent, but this is how it should be.” And how does this confrontation, conditional patriots and liberals, affect readers?

- On the one hand, the reader chooses what is offered to him. Based on the infrastructure, what is sold on the shelves, and what is advertised is sold. And the beneficiary or customer of this advertisement is guided by its goals and objectives, often contradicting the moral and educational influence that it should have. But, on the other hand, the reader opposes this. He wants something more humanistic. As they say, something good, eternal. And this can be seen how he gratefully clings to everything where there is a soul and sincerity. The reader is tired of everything "plastic" and artificial - he is waiting for the real, creative, loving.

But at the same time there is a certain peculiarity of a certain part of our society. And this is not the effect of time. It was still noticed long before today's events. In Turgenev, in the novel “Smoke”, one of the characters says: “He beats us at all points, this West, but rotten! ... To scold, we scold him, but we value only his opinion.

I feel sorry, it hurts and it is not clear why some of our citizens unquestioningly believe the rhetoric of the West, but are not ready to listen to their own arguments.

- At the beginning we spoke about prohibitions, but they are ineffective without the promotion of patriotic literature. Is there a place for patriotism in literature? And if so, how to implement it?

- Of course, such literature is necessary. Russia in this sense is easy. There is no need to specially invent something and plant it on your citizens. You just need to follow common sense and your nature. Preservation and development of human nature, culture and dignity. Respect for your history and understanding of your purpose. This is where our Russian patriotism will be.

- In this context, do you agree with the opinion that classical Russian literature is a certain coordinate system that declared and defended a certain set of values? Is there an attack on this system?

- Undoubtedly, classical Russian literature is great in many respects precisely for this. A unique combination of Russian style, morality and creative patriotism. And with all attempts to destroy it, it is already impossible to do so. Let them try to do this because of an attempt to defeat us from the inside. Destroying the true, human. I believe that Russian culture, Russian people will not allow this.

- In this context, your novel made a very strong impression on me, where our traditional values ​​are elegantly and at the same time convincingly presented - first of all, family ones. Do you see the theme of the family as a special theme for Russian literature?

- The family is not only a topic for literature. This is one of the most important survival questions right now. For Russia, this is an existential question. If we don't get to the traditional three-child family soon, only half of us will be left by the end of the century. These are objective data that should disturb society. Perhaps this is the most important question right now. And literature, including, should help to move towards this goal.

- You have a great relationship between father and son. You know, I could be wrong, but the topic of fatherhood in our media and culture is somehow either relegated to the background or discredited. Do you agree? And if so, why is this happening?

- I agree, not many works about the relationship between father and son come to mind. Perhaps, from the modern I can remember only one film. With Ivan Okhlobystin as a father in the film "Temporary Difficulties". Apparently, someone thought that the topic is not relevant.

- Dad, father - a very complex image, very significant. And he is different from the image of the mother. Mom can and should always show all her tenderness to the fullest. Paternal tenderness is no less great, but it turns out that the Pope should be more severe than the mother. More demanding, more dry. Especially with my son. And as a father, I myself often experience pain and torment, from the fact that upbringing conflicts with my tenderness for the child.

In the film adaptation of the novel "War and Peace" by Sergei Bondarchuk, there is a scene where this contradiction is brilliantly shown in two minutes. Remember? A conversation between father and son Bolkonsky before sending his son to the front. The father is deliberately dry. He gives his son some instructions: “Here are my notes, pawn tickets, here are my remarks ... and now goodbye ...” Then he warms up for a moment, hugs his son with the words: “Remember one thing, Prince Andrei. If they kill you, it will hurt the old man…” And then, after a few seconds, suddenly, as if coming to his senses, again harshly: “We said goodbye. Go…” Brilliant!

- Did you write your work as part of the instruction as well? As an example? It's really inspiring.

I didn't think about it when I wrote. I wrote about what is in my heart and what I know well. Critics are always looking for hidden meanings in works, naturally they find them. But it seems to me that every artist creates his creation without hesitation. He builds the form, and the content comes down from above, or rather comes out from somewhere inside. But, of course, I would really like my novel to instruct and inspire someone.

- In the novel, one of the main characters works for an ambulance. He is a doctor, he saves lives - this is very clearly spelled out. It turns out that they are the heroes of our days? Doctors and teachers, simple workers? You showed them truly sincerely, but why are there so few images of real heroes in the media, in culture?

- Somewhere it is artificially suppressed, somewhere the market simply dictates. But I hope, I’m even sure that for the most part people need just such heroes. Before I sat down to write, I watched the magnificent Soviet film Matters of the Heart with Georgy Taratorkin. It tells about the working days of the ambulance cardio brigade. There is no extreme action, complex intricacies of the plot. It simply shows the simple daily life of ordinary heroes living with us on Earth. And in such a story there is much more truth, which is why the audience says: “I believe”. Literature is the same: it cannot change much, but it must make one think, move a person to change.

- You present in the text the correct, creative things in a cheerful style, with a dashing plot. How to maintain, if necessary, to maintain the balance of literature that teaches, educates and at the same time entertains?

- It is in this balance that genius lies. Often a deep thought is wrapped in a too complex and obscure form. Sometimes, on the contrary, a beautiful quality product has no depth. And only when a deep complex idea and a high-quality interesting form are combined, a brilliant work is obtained. I wrote the novel right after graduating from several screenwriting schools. I think that it was the skills of the film industry that made it possible to create an interesting form.

"The spectator should also be the creator of the performance": Spesivtsev told the secret of the theater's popularity