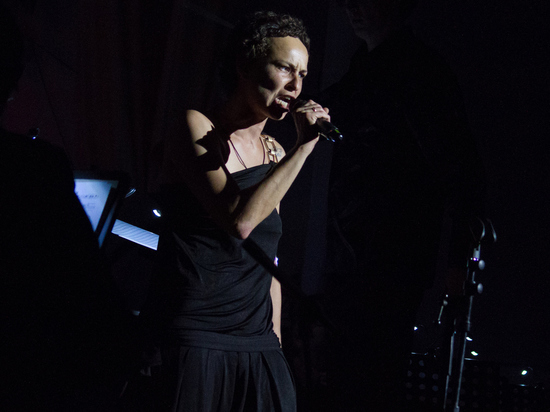 Why, for example, it is necessary to raise the issue of the need to recognize Ivan Urgant as a foreign agent. By and large, I am not particularly interested in his creative path and all his “cultural” achievements. This is his life and the life of his admirers. But, let's be fair, he really has a lot of admirers (there are millions of them), and therefore his socio-political position is essential (I'm not afraid of this word) for our common social and political development.

And there are dozens and hundreds of such figures. Let me remind you that many of them, with the mere fact of a public positive mention of a particular product or service, provided their manufacturers with significant sales and multimillion-dollar revenue. It is clear that politics is not a service. But nobody canceled the laws of marketing. If a publicly significant, popular person, as they say, “drowns” on a particular political topic, whether we like it or not, this formulation of the question unequivocally attracts public attention to this issue.

Of course, the capital of popularity in show business is not always and not at all linearly converted into financial or political capital. We clearly observed all this in the "dashing 90s", when pop stars right and left advertised food additives, financial pyramids, and dubious political figures. We've been through all this!

But that doesn't make the problem any less relevant. If you are a public person, then your position has social and political significance, and often this significance is critical for millions or even tens of millions of citizens. What do we observe among our "stage masters"? Now, in fact, their "army" was divided into three unequal divisions.

The first one is the unequivocal supporters of the NVO and our armed forces. I don't want to name names, but many of them are always "on the side" of the government and its decisions. Some managed to sing and dance at concerts in support of Yeltsin in 1996. Such figures are always comfortable "in power", and now they are perfectly settled at the "Blue Lights" held on January 1. In 1996, they stood for "democracy", and now - the values ​​of the NWO. I am sure that both times "at the call of the heart." Well, God is their judge! Who am I to judge them? Moreover, now they are doing a really good and, without exaggeration, charitable deed.

But a little (or rather, strongly) frustrating is the fact that none of our trench cultural special forces (as Zakhar Prilepin calls him), who defended the Donbass for more than eight years, was in fact not invited to those very Blue Lights. On New Year's Eve, tens of millions of our compatriots across the country and around the world continue to watch them. But there are, alas, almost no really deserved "ours". What am I talking about? You saw Django, Rich, Vadim Stepantsov, Yulia Chicherina, Vadim Samoilov, Alexander F. Sklyar, the St. who is now the best stand-up comedian in our country)? Their voice was always as loud and consistent as possible “both for Russia and for the Donbass”, even at a time when it was not, so to speak, the mainstream. It's great that the Shaman has appeared, and we see him on TV screens, on the radio, and on the Web. But no one has the right to leave recognized, honored heroes of the cultural NWO “on the sidelines”. And this is a question not only of cultural, but also of big politics.

... Let's get back to our "divisions". The second is, without exaggeration, enemies. With them, the conversation should be extremely short: made public statements against Russia, the Northern Military District and our armed forces - get a criminal case, a term and confiscation of property. Here, for many, bridges have already been burned. In Russia, only the penitentiary system should wait for them. I am not a cannibal and do not insist on real prison terms, but all the property of these figures should be confiscated and transferred to support the low-income families of our military personnel who are now defending our Motherland.

And the status of "foreign agent" is clearly not enough here. Persons from this “division” need real criminal cases and real punishments.

Now we remember about the "third division". These are the ones who decided to keep silent and sit out. Some of these "comrades", such as Ivan Urgant, suddenly turned out to be "frightened patriots" and decided to sit out "there". Some quietly sit here and do not stick out. At the same time, many of the latter are in serious positions in the field of culture and continue to "create" and "get up" with the people's money as if nothing had happened.

This is where what is called the most interesting begins. I want, as they say, to state with all frankness: no one will be able to sit out. Now the time has come when the position of every cultural figure (no matter how we treat him) should manifest itself with maximum clarity and consistency. Go on the air and honestly say: you are for Russia or you have a "dissenting opinion". Talk about someone not being interested in politics should not be in principle. If you are a public person and are engaged in public activities, then please indicate your attitude to the SVO, to the heroes of Donbass, to Bandera and Zelensky, finally. And organizing this process is the task of our native Ministry of Culture of the Russian Federation. Probably, the Ministry of Culture keeps abreast, but I really want to figure out what are the moods in our domestic cultural environment now? If everything is not in order there, then, probably, it is necessary to draw conclusions ...

And there is no need to tell us about the departmental affiliation of certain cultural institutions. Like, for example, in Moscow the majority of theaters are not federal, but city subordination, and in Moscow there are many private, non-state or departmental cultural organizations. We are not interested in all these objections. Cultural policy in our country should reflect state interests, state priorities (and now it is NWO), as well as traditional spiritual and moral values, the most important of which are the family and the Motherland.

If an activity (including creative activity) does not correspond to these priorities and values, then it simply should not exist. And as a politician, citizen and patriot, I am not interested in the departmental or economic nature of the relevant organization. As I am not interested, this or that figure works in a state cultural institution or “eats up on free bread”. I only care about one thing: if he is against Russia and the NWO, then he does not work in any form and does not earn money in Russia. Neither at corporate parties, nor at Christmas trees, nor at the City Day. If you made a public statement or act against my Motherland, get a ban on your profession first, and if you continue provocative actions, you will be dealt with elsewhere.

I repeat, the Ministry of Culture of Russia should keep order in the cultural environment. If he does not have enough powers, then we, the deputies of the State Duma, will gladly give him special, and special, and emergency powers. But even in the current (very high!) status of the Russian Ministry of Culture, it can influence any figure in culture and show business in our country. This, as they say, must be done. I'm sure the Minister is doing just that. I just want to see results right now.