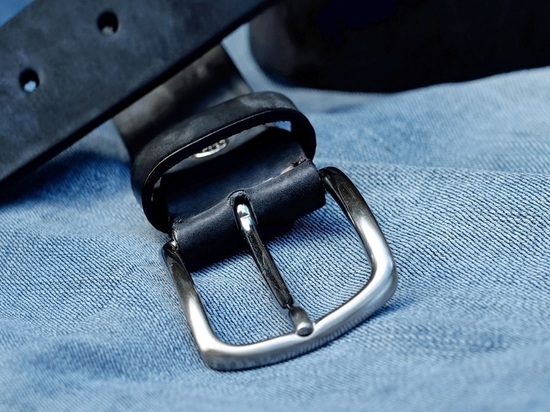 During the incomplete first month of the coming year, teachers in Russian schools flogged children twice. Both "teachers" were immediately fired, but both received support with requests to return them to school. In Ust-Labinsk, where a mathematics teacher, who is also a deputy director for educational work, distinguished himself with a belt, students recorded a video with a request to return the “worthy respect” of the teacher. In a cadet school in the Stavropol Territory, an educator officer hit a boy on the back with a whip, and parents are collecting signatures for a petition to cancel the dismissal. There is a storm of indignation in local publics: just think, it beats, you see, the sissies were bred. When the unfortunate teacher came for the documents, he was greeted with a standing ovation at school.

Both aggressors gave explanations for the investigation. At school No. 4 of Ust-Labinsk, it turns out that there is a difficult "boy" team. There are only three girls in the class, the rest are guys. When the math teacher Vladislav Dorofeev entered the lesson, the students rioted. “Portfolios flew, chairs waved at each other,” says Dorofeev. “Could kill each other—well, mindless creatures.” What are we going to do, - the mathematician screwed up his eyes like a father. And, allegedly, the children themselves said: “well, a belt.” “Well, a belt”, 5 blows each, received two students. Someone surreptitiously recorded the execution, they saw it in the local education department and grabbed their heads.

Checking the PDN and the prosecutor's office at the school is underway, the actions of the teacher are separately qualified. Who feels no guilt behind him. In the view of the teacher, and the investigation is nonsense, no one has any complaints ... "I'll be back," he promises like a Terminator. "The parents of this class wrote a letter asking me to get my job back."

The day before it became known that a group of students from school No. 4 recorded a video message to the city administration and the Ministry of Education. At the beginning of the video, four girls in front of the school say that the teacher "was accused unfairly, he did a lot for the school." Then a bunch of junior high school students chant: “Bring back our Vyacheslav Alekseich!” One of the participants in the action, Alla (name changed), says that although the parents are not happy with the story with the belt, they still want to return Dorofeev to work. He knows the subject and explains the lessons well. “Yes, he can be strict, but only if they don’t listen or get mad,” the girl says. “We can’t do without him!”

“MK” already wrote about a similar story that happened a little earlier in Stavropol. The parents of a sixth grader saw a red furrow on their son's back and sounded the alarm. It turned out that not only the case of beatings in the “cadet” was not the first. But even at admission to this public school, parents sign a document containing a clause on corporal punishment. And again - a number of parents do not understand what is wrong? “Endurance and discipline must be”, for the Cossacks, a whip is normal ... And again, among the parents, signatures are being collected for the return of a “decent, adequate, very well-read” teacher. Eyewitnesses say that when he came to pick up the documents, the students greeted him with applause. The teacher of Russian literature shouted: “We are with you!” ...

About why tolerance for physical violence struck our school, "MK" talked with social psychologist Valery Raushinsky.

- There can be several reasons. As the most frequent - because it did not happen to their child. Or even personal experience with this teacher was the opposite. Suppose, with their child or children, this teacher was gentle, friendly, helped in some way. The fact is that only 20% of people, on average around the planet, have critical thinking. In Russia, unfortunately, this figure is even less. And if people are not capable of abstracting, generalizing and analyzing, they act in accordance with their own experience.

- But collecting signatures, videos in support ...

- Firstly, dismissed teachers, especially if the settlement is small, have a support group. And then collectivism is “turned on”, which is just developed in our country, and even deeply wired subtexts: “Strength is in unity” ... People really think that they are fighting for justice. In both cases, by the way, the authorities immediately reacted sharply and adequately to the situation. But for some people, this did not cause approval, but protest.

- Those parents who are not shocked by the fact of beating, but on the contrary, were they also beaten in childhood?

- Not necessarily physically punished. But, of course, people brought up in a normal family, in which there is mutual respect, a parent-child relationship model without distortions and authoritarianism, do not react this way. If in such a situation a person is not indignant, but, on the contrary, justifies the teacher, his family and everyday experience is violated, and morality is “broken”. Normally, in such situations, a person will never talk about provocations on the part of the child and justify the teacher.

- What about the children who record videos?

- This is probably the saddest thing in this situation. Negative family and social scenarios do not end, but drag on through the generations. But, you know, we also have positive traditions in Russia. Particularly great literature. I would give these children, and parents as a task for the summer, to read the novel “The Little Demon” by Fyodor Sologub. There, on the example of real events in the gymnasium, however, the sample of 1905, all these modern problems are described. Traditions in education that need to be eradicated. Burnout teachers who eventually develop a taste for physical punishment. Students who, despite this, love a "good teacher" ... Very useful reading today.

“Nature is unpredictable”: seismologist Lyusina spoke about the possibility of an earthquake in Russia