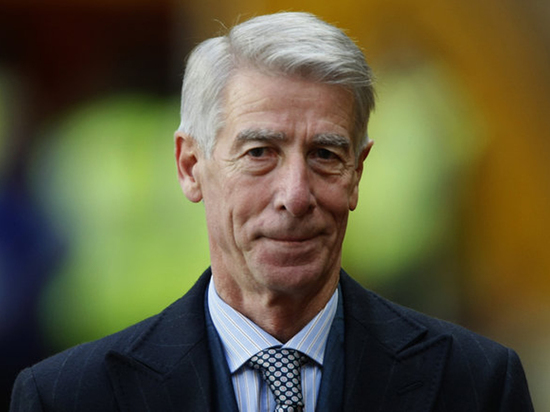 - Valery Kuzmich, the game of your national team once left a very painful impression. The weakest in Qatar from African countries?

- I would not speak so harshly. But, obviously, there is not enough leader.

- Is it with the players of Napoli, Inter, Bayern?

— Alas. You saw that they couldn't arrange any hint of pressure, even a primitive bulk at the end of the match. Although we partially controlled the game in the first half, we created a couple of chances. But after a goal quickly conceded in the second half, they failed to rebuild.

- Before the match, the Cameroonian footballers vied with each other about an unprecedented desire to succeed. Have all the previous problems with the federation been resolved?

- The authority of Eto'o played a role, for the sake of which he was appointed president of the federation. He paid off scandals, sometimes he even pays bonuses from his own pocket so that everything is on time.

- He was sitting, they showed him, some kind of lost.

- Which Cameroon is stronger in composition - yours or the current one?

- Definitely this one. I have almost all played in the lower French leagues. Today you yourself said who was in charge of the parade there.

- But bad command. Not like 32 years ago, when you defeated the vice-champions of the world, the Argentines, with Maradona, Burruchaga, Sensini, Ruggieri, Pumpido and other superstars in the opening match. Now, if in a simple way, but objectively: either their current defeat from Arabia is more sensational?

- Of course, then it was a big surprise. What has the current Argentina national team achieved? And that one? That's all the explanation for you. Messi and Co. can not cope with the pressure that fell on them, and those masters did not even think about it, their faith in the team was so strong.

- The weight of your victory is added by the fact of the removal of the brother of that Biyik, who then hit the gates of Pumpido. You after all in minority then hammered?

- Imagine, I even forgot about it. I thought they scored in equal compositions, and then they were left first with ten men, and then with nine men. But I remember well that already at 1:0 Roger Milla, whom I released for 10 minutes, had to score second.

- Then just two removals in the first match, and now - not a single one in 13 past ones. Another trend from FIFA, so that entertainment does not suffer?

— It can be seen that all the innovations work for the watchability of the product. Well, or imprisoned for it. Take at least the number of added minutes, about which a lot of different things have already been said.

- In 1990, you played not stoppage, but extra time in the quarterfinals with the British. But until the 83rd minute they were ahead. And later they said that it was your miscalculation. In what?

- It was necessary to secure positions in the central zone, and Sir Bobby Robson outwitted me by moving a player there from the flank, which I emphasized. As a result, two heavy central defenders were left face to face with the agile Lineker and Beardsley. And "brought" two penalties.

- We have already seen almost all the participants of the current championship. What team can be called purely coaching?

- Saudi Arabia, of course, after such a comeback. A very high line of defense is a great rarity and risk these days. But the Frenchman played for broke and emerged victorious.

- It turns out, on the contrary, the Argentinean, who failed to rebuild the team after such a knockdown.

- Can we say that the scale of Scaloni does not correspond to the level of his players?

I would never say that about a colleague. There must be solidarity in our coaching kitchen!

- The Swiss helmsman Yakin said that there had never been such a strong team there. Does it sound like the truth, or did it just have to be said to strengthen the team spirit?

— Pure bravado. The team is not at the right level to set serious tasks.

- Yakin is well known to us from his short work at Spartak. And the sign is sad. Do you know why many foreigners succeed either before or after, but not in the "people's team"? Let's digress a little from the main topic, but there is a reason to recall the red-and-white period of Laudrup, Emery, Yakin ...

- The same story as with the players: you need to find your team, be at the right time in the right place. Only it is even more difficult for a coach, since it is necessary to look for a common language not only with the players, but also with the employer. Sometimes in the first place. Infect with the idea, if you like. They didn’t succeed in Spartak, but they did it somewhere else. Such is the coaching share.