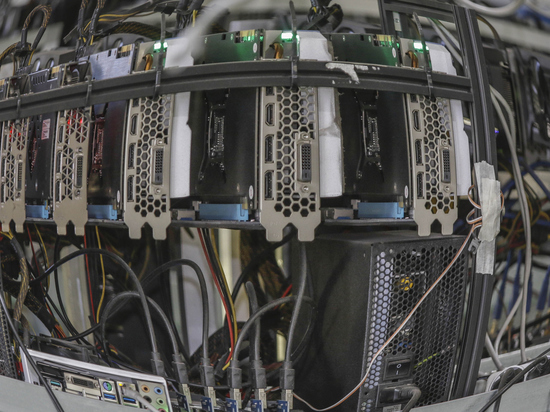 “This will allow the business to come out of the shadows”

Cryptocurrency miners, like any other entrepreneurs in Russia, must pay income tax. The Ministry of Finance considers the fair state of affairs, which will be enshrined in the law on mining. The document is being prepared for the first reading in the State Duma. Meanwhile, not only the Central Bank is a longtime opponent of the Ministry of Finance in the issue of legalizing cryptocurrencies, but many financial analysts continue to point out the risks associated with this relatively new type of private business.

Amendments to the Law “On Digital Financial Assets, Digital Currency and on Amendments to Certain Legislative Acts of the Russian Federation”, which relates to mining, were planned to be adopted in the first reading in December 2022. However, the consideration was postponed, and it is far from a fact that it will go smoothly and in a short time. Mining activity remains a kind of exotic, primarily in the legal sense. The country does not have legislation that regulates it, there are no rules that are understandable to all, which creates a lot of difficulties and white spots. Meanwhile, tens of thousands of people are employed in the field of cryptocurrency mining, and some of them clearly feel uncomfortable due to the uncertainty of their legal status.

The State Duma is now arguing about the tax rate. According to Anatoly Aksakov, Chairman of the Parliamentary Committee on the Financial Market, either an analogue of a single tax on imputed income (UTII) - from 7 to 15%, or a profit tax - 20% can be established. Earlier, the Central Bank estimated the volume of operations of Russian individuals with cryptocurrencies at about $5 billion. Therefore, the treasury can receive up to $1 billion a year from the tax on miners, although many experts consider this figure to be overestimated at times. One of the problems is related to the activity of underground miners and reduced electricity tariffs for the population, which increases the load on the power grid (in particular, in apartment buildings) and the risk of accidents. On average, a miner spends about 990-100 kW of electricity per month, that is, about 12-13 thousand kW per year, and this would be enough to run a small enterprise.

“In Russia, mining has become quite a popular type of business in recent years: many people have become fascinated with the very idea of ​​​​installing equipment for the production of digital currencies in their homes and making money on it, — says private investor Fyodor Sidorov. — But the costs are also quite high, since the equipment required is powerful, with high power consumption. And it will be more fair to establish a profit tax for miners, since not always and not everyone manages to earn at least something.

This approach will allow miners to come out of the shadows, become self-employed or open an individual entrepreneur. According to Sidorov, in addition to additional taxes, the state will receive statistics on the number of market participants, their earnings and their share in the structure of the economy. All these data are needed so that in the future the sector develops according to the same rules as in the rest of the world.

Mining income should be determined based on the results of the sale of digital currency and the deduction of expenses for electricity, depreciation, data center services, and so on, says Oleg Ogienko, director of government relations at BitRiver. According to him, it is also worth developing a mechanism for a differentiated income tax rate. — depending on the timing of the implementation of the cryptocurrency. And for the correct calculation of the tax base and control, it is necessary to ensure the possibility of selling cryptocurrencies in Russia, for example, within the framework of an experimental legal regime.

“Of course, the tax must be introduced, — says financial analyst, candidate of economic sciences Mikhail Belyaev. — What exactly is already a subtlety, which at this stage should not worry us. We need to look at the situation deeper: it’s not so much about money income, but about the legal status of the entire mining and cryptocurrency sphere in Russia, which has been repeatedly stated by the Central Bank. In no case should it be recognized as legal tender, otherwise the status of a single emission center that issues the national currency - the ruble - will be blurred. And this is fraught with destabilization of the entire system of monetary circulation and, ultimately, the economic mechanism of the state.”

In other words, there is a whole range of issues to be solved. Firstly, who is a miner - can anyone become one or only an individual registered as an individual entrepreneur? Secondly, it is necessary to determine the scope of the revenue base in order to levy an appropriate tax from it. In this case, it is necessary to take into account the daily changing exchange rates. Thirdly, Belyaev concludes, the taxation of mining should take into account electricity tariffs, since the equipment consumes enormous amounts of electricity. In the meantime, miners are taking advantage of a favorable situation for themselves, working in fact on stolen (sometimes on an industrial scale) electricity.