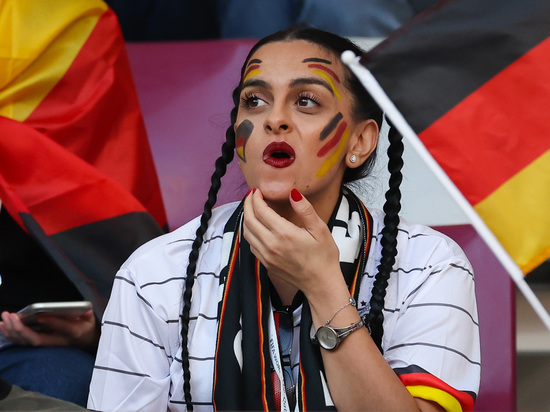 "In what charter is sodomy recorded as an inalienable human right?"

Western homosexual hysteria at the World Cup in Qatar is not about human rights. This is about one specific right of the West, appropriated to itself - the right to their own whims, which for the rest should be the law. About the fact that (according to Borrell) Europe is a garden, and the rest of the world is a jungle. About higher white people and subhumans.

The West has once again demonstrated its inability to take into account the traditions, culture, and interests of other countries.

Qatar, as the host of the championship, politely asked - LGBT propaganda is prohibited in our country, please, do not provoke.

“But we want and we will!” the guests replied. Can't, then? But we will decorate the plane of the German national team with LGBT symbols. The Qataris, respect and honor to them, deployed this plane to Oman, and from there the German national team flew on a local plane. Then, however, she staged a demonstrative action in support of sodomy on the field (after which she blew the Japanese).

Belgian Foreign Minister Adja Labib, German Interior Minister Nancy Feser and former Danish Prime Minister Helle Thorning-Schmitt openly spit on other people's customs and came to the matches with banned armbands, symbolizing solidarity with the LGBT movement. And they could immediately in pith helmets and with whips.

Because they consider themselves not guests, but Hosts, who have the right to explain to these strange people in bathrobes and with towels on their heads, people from a second-class Western point of view, how they should live. The white man recognized sodomy as the norm - so the rest of the world should consider it. (In what charter is sodomy recorded as an inalienable human right?)

How does this, in fact, differ from the attitude, for example, towards Russia? If, from the point of view of the West, Russia is obliged to provide it with cheap hydrocarbons, turn into a weak-willed gas station and rejoice that sometimes dense Russians are allowed into the European garden? What security issues might the country of bears, vodka and balalaikas have? Where we want, we put NATO bases there. We want to set Ukraine against Russia, pump it up with weapons - we will do it.

The West does not consider anyone equal to itself. No one has the right to tell the white master how to behave. Colonial thinking has not gone away.

However, Russia has begun scrapping this system.