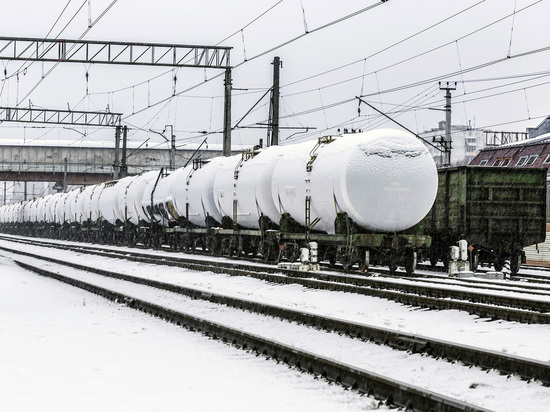 If Europe realizes that it can comfortably spend the winter, Moscow will face problems

The first attempt to set the marginal cost of Russian oil, undertaken by representatives of the G7 and the EU, ended in failure. The participants in the discussion disagreed on the price ceiling that would allow us to cut our country's revenues from oil sales to the maximum and protect foreign consumers from a possible shortage of energy resources in the winter. Meanwhile, the threat of a decline in Russia's export earnings remains. It is possible that the collective West took a break to issue a final verdict: after the heating season, during which importers accumulate sufficient hydrocarbon reserves, Moscow may be presented with tougher economic claims.

Although most of the EU countries at a meeting on November 23, dedicated to agreeing on a price limit for oil supplied from Russia, were ready to set an upper threshold for Urals in the region of $65 per barrel, the final decision was not made. The culprits for the failure of the agreements were Poland and the Baltic countries, who considered such a cost limit an unjustifiably generous gift to Moscow and proposed limiting the export revenues of the Russian Federation to $30 per barrel. As a result, negotiations stalled, as some delegates, such as Greece, took the side of our producers, recommending a limit of $70.

Experts believe that the lack of compromise is caused by numerous gaps that are full of preliminary parameters of the next sanctions document. The embargo being developed by the EU with the participation of the United States could lead to a reduction in supplies to the world market by about 1-1.2 million barrels per day. However, the total volumes, according to the head of the department of analytical research at IVA Partners Investment Company Dmitry Alexandrov, are unlikely to change seriously. Russia will redirect half of the lost supplies to Asia, which will compensate for the drop in export earnings. “We should not forget that in the process of discussing the “ceiling”, our Western opponents have a lot of reservations regarding both routes, types of supply and end consumers, as well as certain transition periods that allow domestic producers to smooth out logistical shocks from price restrictions,” the expert explains. .

First of all, there is no clarity with the timing of the moratorium: on the one hand, the sanctions should come into force on December 5, 2022; on the other hand, Russia will have about a month and a half left to have time to load the contracted “black gold” onto tankers, which will not fall under the maximum price limits. In addition, some bewilderment is caused by the guidance distributed by the US Department of the Treasury on the implementation of the price ceiling policy for Russian hydrocarbons, which provides for a number of exceptions that partially disavow sanctions requirements. For example, the restrictions will not affect consignments of "toxic" raw materials from our country in case of emergencies, including those that threaten the health of the crew of marine tankers or the environment. In addition, the supply of “black gold” to Bulgaria, Croatia and other EU landlocked states, as well as to Japan, which imports hydrocarbons as part of the Sakhalin-2 joint project, will be exempted from the implementation of trade bans. In addition, the price "ceiling" will not include transportation, freight, customs and insurance costs, the amount of which will be calculated at separate market rates.

Another provision of the document of the US Treasury actually provides Russia with unlimited concessions for the export of "black gold". After passing customs checks, that is, fixing the commercial value of raw materials that fit into the "ceiling" appointed by the West, the sale of energy resources on land will no longer be subject to restrictions. According to the American publication Politico, Malta and Cyprus insisted on such indulgence, which provide our oilmen with both transport and intermediary services for the sale of hydrocarbons. New major importers are providing additional assistance to Russian oil exports. Thus, after European companies refused to insure tankers cooperating with manufacturers from our country, Delhi not only agreed to certify the safety of maritime transportation to the Indian domestic market, but also created a special fund that guarantees the execution of all documents necessary for such a transfer.

“During the first discussion of restrictions on Russian oil, the initiators of the moratorium became convinced of the ineffectiveness of the proposed embargo conditions,” sums up TeleTrade analyst Alexei Fedorov. “However, the existing disagreements do not mean that the Western countries, led by Washington, have completely abandoned delivering energy ultimatums to Moscow.” A second and third negotiating session will follow, which will most likely lead to the establishment of a "ceiling" and the sequestration of Russia's export earnings. Much will depend on the scenario of overcoming the coming winter season by Western importers: if Europe realizes that it is able to spend the winter without Russian fuel, then our country risks facing a more coordinated economic position of "unfriendly" countries. In this case, Russian oil can be driven not under the sparing "ceiling" of $65-70 per barrel, but, say, at $30, which will be a serious blow to the Russian budget, which is already in deficit.