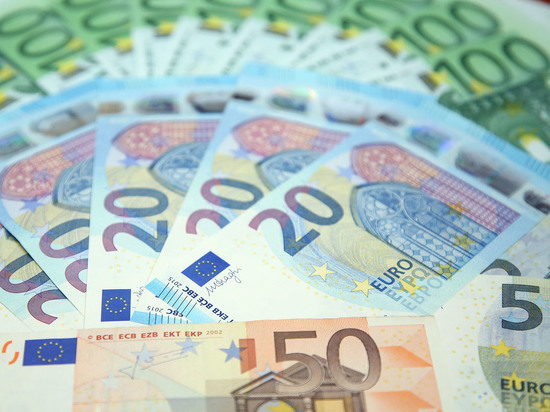 According to the Central Bank of the Russian Federation, the volume of deposits of citizens in foreign currency fell to $60 billion - this is the lowest figure in a decade. A sharp outflow of currency from the accounts of Russians has been observed in our country since February. The peak months in this respect were March, April and September. This situation suits the authorities, since they have called for the devaluation of the Russian economy many times. At the same time, a number of experts advise not to write off dollars and euros from accounts and continue to recommend keeping at least part of your savings in these currencies, predicting an imminent weakening of the ruble.

The volume of foreign currency deposits of Russians is less than $60 billion - this figure has reached its lowest value since February 1, 2012. In September, the first deputy chairman of the Bank of Russia, Dmitry Tulin, noted that the sanctions led to a change in the “economic essence” of deposits in foreign currency. According to him, now they “actually turn into ruble”.

Since the beginning of 2022, balances on foreign currency deposits have decreased by 37.9% or by $36.4 billion. the restoration of the value of the Russian banking system will begin, - says Alexey Fedorov, an analyst at TeleTrade. “After all, the main tool that led to the current level of devaluation of the Russian segment was the withdrawal of funds in foreign currency to accounts in foreign banks.” The volume of these funds is approximately equal to the volume of currency on the balances of accounts and deposits of individuals in Russian banks, so if we take them into account, then we would not see any ten-year records in devaluation now. On the contrary, we would say that there is still room for a further reduction in the share of foreign currency (from $60 billion to $40-45 billion and below), the expert is sure.

“People are reacting to the general rhetoric that is not in favor of the currencies of “unfriendly” countries,” Sergey Uskov, co-founder of Aravana MFO, continues the conversation. “In addition, the volume of deposits in foreign currency is falling for quite understandable financial reasons - the profitability of such a deposit is minimal and completely uninteresting from an investment point of view.” The financial market provides a significant number of higher rate options, from federal bonds to gold bars. The decision to buy or sell a currency is made by everyone individually - based on the goals of investments, the investment period, the amount of free funds and a personal risk assessment. Currency alternatives to the dollar and the euro should also be treated with caution in this regard. “You need to understand that the Chinese yuan exchange rate, which we see here in Russia, has little in common with the mainland yuan exchange rate,” the expert says, “Besides, having bought yuan here with a bank commission, it is unlikely that you will be able to spend it. No one has canceled the iron rule to keep funds in the currency in which they are supposed to be spent later. The flow of tourists to China or Hong Kong is not significant enough to count on.”

Devaluation in Russia will continue further, but its pace will slow down, Evgeny Mironyuk, an expert on the stock market at BCS Mir Investments, believes, and this will happen for two reasons. First, the potential for new sanctions will decrease, which will reduce the fear of holding foreign currency funds in banks. Secondly, the number of deposits in "friendly" currencies will grow in Russia. The focus of sanctions rhetoric against Russia has shifted. The risks of further sanctions on financial infrastructure left the field of discussion.

But there is an opinion that devaluation may intensify as early as next month. “Acceleration of devaluation could occur if the risks of the weakening of the ruble are realized, the most probable here is the period from December 2022 to May 2023,” believes Alexey Fedorov. In this case, and while maintaining the “toxicity” of the US dollar and the euro, citizens will mainly convert foreign currency savings into rubles and look for ruble-denominated instruments to save their savings, the analyst says.