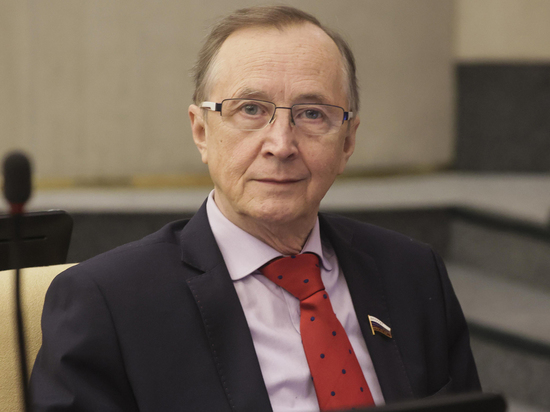 On the "Cultural Front" - changes. So far, however, they are small and purely theoretical, which, however, is quite excusable for an organization that is only a few days old. The founder of the "Cultural Front of Russia", State Duma deputy, actor and film director Nikolai Burlyaev spoke in detail about the immediate and long-term tasks of the movement, designed to unite patriotic cultural figures. The maximum program: "to prove that the Russian God is great."

In the meantime, according to Burlyaev, the Lord has no reason to be pleased with Russia. Answering the question with what, with what period of history the current stage of the development of the Fatherland can be compared, the deputy did not resort to semitones: “What is it associated with? With Sodom and Gomorrah it is associated first of all! such that the Lord God simply burned Sodom and Gomorrah." There is a great risk, Burlyaev believes, that the Almighty will subject our state to the same punishment: "You can't live like this!"

Debauchery, the “cult front member” worries, is taking on ever more unbridled, unacceptable forms: “Now I see it on the main channels, yesterday I saw it: the avant-garde! In the center of Moscow! Tarkovsky spoke about the avant-garde in such a way that it’s a lie. channel! The avant-garde is ugliness!"

False aesthetic values ​​have been instilled in our people for a very long time, said Nikolai Petrovich. Back in Soviet times. Moreover, at a certain point in his life, he himself became a victim of this worldwide conspiracy.

“We were deceived for a very long time,” Burlyaev opened the audience’s eyes to “the so-called contemporary art.” “And they deceived me. I graduated from two creative universities, and I studied fine arts. Modiyaliani, Van Gogh, Utrillo..." I look and think: "My God, either I don't understand something, or we are being led somewhere in the wrong direction."

Burlyaev thought, it seems, not for long, and now he is acting in accordance with the truth that has been revealed to him. “The time of black squares, triangles and parallelepipeds is coming to an end,” the deputy proclaimed, hinting - yes, hinting, practically speaking openly - at the work of Kazimir Malevich and other avant-garde artists. Leonardo da Vinci, Rembrandt or our contemporary Alexander Shilov.

And the "wrong" art, alas, is not exhausted by painting. The problem is already formulated in the opening lines of the "Code of Honor for Cultural Workers" voiced by Burlyaev, which members of the organization will have to adhere to: "Culture and art are the basis of the spiritual improvement of a person, the national security of the state ... We recognize that culture and arts can be both useful, and harmful to humans."

The state cultural policy, the parliamentarian believes, needs radical changes: "The time has come to separate the wheat from the chaff." The words "cultural revolution" were not spoken, but the swing was just that. At least - on the state cultural coup.

How it is proposed to get rid of the "tares", "black squares" and other "harmful", badly affecting the people of art - is it just to be removed from sight or solemnly burned, like the Lord Sodom and Gomorrah - Burlyaev, however, did not specify. But it would really be unfair to reproach the deputy for inconsistency. Are there any details here when such breathtaking vistas open up!

"Having gone through the crucible of trials, through this operation to cut out the cancerous tumor of Nazism and Satanism from my ancestral homeland of Ukraine (my ancestors from there), we will present, this is our task, to this mad world a new civilizational model of a new reasonable state in an unreasonable world that has betrayed everything Christian values," the parliamentarian said.

In part, we can agree with what has been said: the civilizational model promoted by Burlyaev and Co. will indeed be new and unusual. Is it just reasonable? And are those who promote such a model in a firm mind? In an amicable way, for an answer it would be necessary, of course, to turn to specialists of the corresponding profile. However, this question can hardly be called open. The question is rhetorical.