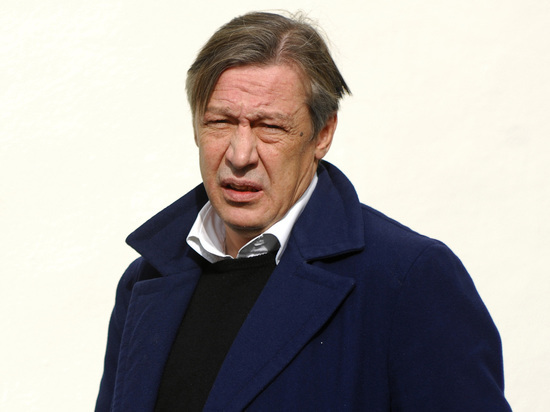 Actor Mikhail Efremov, who is serving time for a "drunk" fatal accident, made his last attempt to leave the colony before the end of his term - he asked the court to replace his time in the colony with compulsory work. Why is this kind of the only chance for an actor serving an impressive (7.5 years) term, and whether it will be possible to realize it, lawyer Yulia Nitchenko explained to MK.

According to the law, the unserved part of the sentence can be replaced by its milder form after the person convicted of a serious crime has served at least half of the term.

When replacing the punishment, the court takes into account, so to speak, the degree of repentance of a person - his behavior, attitude to study and work behind bars, how he regards the crime he committed, compensation for damage to victims, and so on.

According to the lawyer, forced labor is appointed for the same period that the convict has left to serve his sentence.

- What kind of work can we talk about? Who appoints them?

- Forced labor consists in bringing the convict to work in places determined by the institutions and bodies of the penitentiary system.

Forced labor was introduced as a form of alternative punishment relatively recently, from January 1, 2017.

Just as during correctional labor, deductions are made from the salary of the convict to the state, they are transferred to the account of the relevant territorial body of the penitentiary system, in the amount established by the court verdict, and in the range of five to twenty percent.

Only now, if those whose punishment is changed to corrective labor choose them in agreement with the penitentiary institution, then those sentenced to forced labor serve their sentences in special institutions - correctional centers.

It turns out that in the event of a positive decision, Mikhail will not go to work from his home in Plotnikov Lane. The closest to the place of registration of Efremov is the center in Zelenograd. In the process, he and his lawyers may petition to be transferred there. The center opened there quite recently and is designed for only 200 seats.

Those sentenced to forced labor are prohibited from leaving the correctional center at night and after hours, on weekends and holidays without the permission of the administration. To resolve urgent social, domestic and other issues, they may be allowed a short trip outside the center for up to five days. For avoiding work, the convict is threatened with the replacement of punishment with imprisonment at the rate of one day to one.

- Are there any restrictions why Efremov's application may not be accepted?

The petition has already been accepted, as far as I know. But there are restrictions as to who cannot be assigned forced labor. For example, this category includes minors, disabled people, pregnant women, as well as men who have reached the age of sixty. It turns out that Efremov used his last chance, he is not included in this category yet, since he is 59 years old today.

— And yet, what kind of work exactly?

- In practice, as I understand it, there is almost no opportunity to get out of there for intellectual work. I know that now many people are being taken out of Zelenograd to break ice on the sidewalks. Ancillary work is common, vacuum trucks are always required, even trains are cleaned by convicts. However, this is all about ordinary prisoners, in the case of Efremov, one can expect exceptions. The law allows the administration to choose work, guided by the individual qualities of the convict.