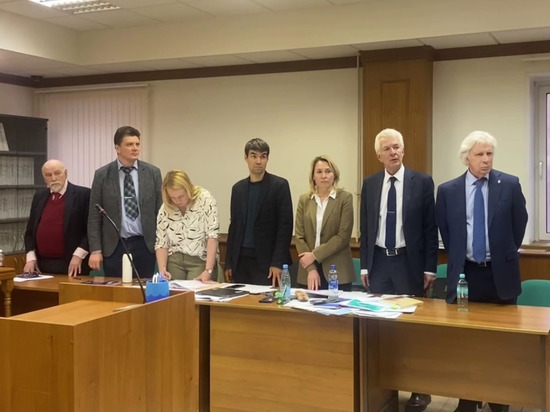 The Moscow City Court on the suit of the Ministry of Justice on Wednesday liquidated the oldest human rights organization in the country, the Moscow Helsinki Group (it was created under the Helsinki Accords on the observance of human rights in the Soviet Union in 1976).

This lawsuit will undoubtedly go down in history (more precisely, it has already gone down). It was not just loud, but public. Well-known people came to speak as witnesses, including journalists, writers, historians and political scientists. Most of them, however, never got a chance to speak. But in the hall there were already such fiery speeches that someday they will get into textbooks. As well as the names of the representatives of the prosecution and the judge.

At 10.00 am, hundreds of people came to the Moscow City Court, for whom the destruction of the MHG is a kind of extreme point, from which another report comes. Among those who came were former and current members of the Presidential Human Rights Council (it so happens that many of them are also members of the MHG, which indicates similar initial tasks of both organizations). But almost none of them could get inside - the hall was packed with interns. Everyone who really wanted to support the MHG stayed in the room where the TV set stood and were forced to watch what was happening on the screen.

“In order to ensure the openness and transparency of the process, we ask you to move the meeting to another room. They filed a lawsuit to liquidate not some Unicorn LLC, but a symbol of the era, ”said Agaltsova’s lawyer. Judge Mikhail Kazakov refused her, citing the lack of opportunity. And then he refused to interrogate witnesses and experts, among whom was the chief specialist on NGOs in the country, a member of the HRC Svetlana Makovetskaya. They gathered literally on their fingers to prove that the liquidation of the MHG in this way, without issuing warnings, for an insignificant reason, means the closure of all NGOs throughout the country. But she was never given a word. They didn't let me in the room...

The prosecution reported that the prosecutor's office found a violation in the work of the MHG - activities outside of Moscow. Justice Ministry spokesman Ivan Tatarnikov insisted that these violations were "gross and irremediable." He clarified that the MHG held 11 events outside of Moscow and sent complaints to the authorities of other subjects of the federation. The lawyers of the MHG asked: is it true, following this logic, that a Moscow organization is forbidden to have a website that is also accessible from other regions, and that all members of an NGO must have a Moscow residence permit? The prosecutor hesitated.

Representatives of the MHG wanted to talk about the activities of the organization, its contribution to the development of the human rights movement in the country. But the entire Ministry of Justice, through the mouths of its employees, answered that it does not matter.

- How does it not? - the members of the MHG were surprised. - Our activity was recognized by the state as necessary and important. It laid the foundation for the development of the human rights movement in Russia. Moreover, his support was guaranteed at the presidential level.

It happened, however, already in the XXI century. And before that...

Lawyer Mikhail Biryukov recalled the story, despite the objections of the prosecution. He took out ... a memorandum from the First Deputy Chairman of the KGB of the USSR Semyon Tsvigun, which refers to members of the MHG "disguised as human rights activists". It served as a pretext for the persecution of human rights activists and the suspension of their activities.

“But Tsvigun will not rejoice for long at the liquidation of the group,” Biryukov noted. - In 1982, he committed suicide. And nine years later, the KGB was dissolved.

- This is not the case! prosecutors objected.

Members of the MHG said in court that they never concealed the fact that they work throughout the country and applied to all authorities. Moreover, this principle was laid down in the basis of the work of the MHG back in 1976. And there were no complaints from the authorities. So now?

The legendary lawyer Henry Reznik, who spoke last in the debate, gave his answer to this.

- In a situation of turbulence, which is caused by the confrontation with the West, the military confrontation with another country, the first disciples are eager to show faithful service. Now other qualities are flourishing, another atmosphere. The law is in danger. I proceed from the fact that a particular judge, considering any case, will not want to take sin on his soul. I beg you, leave the officials of the Ministry of Justice alone with this shame! Dismiss this absolutely groundless claim, which has nothing to do with the law.

A few more remarks during the meeting:

"You are committing a great sin!"

"The liquidation of the MHG is a serious blow to the human rights movement not only in Russia, but also in the world."

“How can you destroy what took decades to build so easily. It required great efforts, sacrifices, human lives. People were dying in the camps!”

The judge retired to the deliberation room for 20 minutes. And then he read out a short decision: to satisfy the claim.

Newspaper headline:
The Ministry of Justice began to liquidate