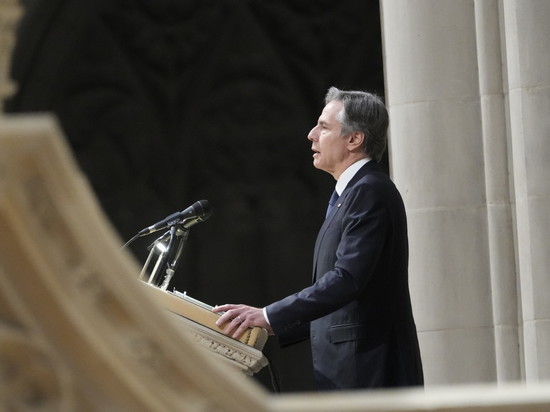 Readers of the American newspaper The Washington Post questioned the adequacy of the approaches of the head of American foreign policy, Anthony Blinken, after reading an article in the publication that tells about the active planning of events in the State Department for the period after Kyiv's victory in the ongoing conflict.

“Anthony Blinken outlined his strategy for the Ukrainian endgame and post-war containment during an interview on Monday at the State Department,” the author of the article says, starting with the fact that all these constructions are based on the thesis that everyone is invited to accept as true: that Russia has lost everything.

The main mood of readers who have read the presentation of the "plans" can be called irritation and disappointment. At the same time, readers showed a fair amount of awareness, including in matters of a military-strategic nature.

The secretary of state was most caustically forged, apparently, by a reader with the nickname ShnorklintonShnoozenheimer. He recalled that victorious slogans are not enough to defeat a nuclear power. And even German tanks. “In general, the “post-war device” sounds something like “when I win the lottery.” Listen, Blinken, would have done a better job, huh? ”, A reader wrote.

Well, according to tradition, not everyone refrained from becoming personal. Somebody pointed it out. That this is not a Blinken-level matter is to win victories over the nuclear powers. “After Blinken’s fabulous failures with the withdrawal from Afghanistan, with the Iranian deal, in relations with China and with measures against nuclear missiles in North Korea, I was generally disappointed in him. He is our worst secretary of state in history,” recalled Clever Dog.

Finally, another approach of disgruntled readers was vividly presented by the red dog user: the decision to supply tanks is not the circumstance about which one should talk about the victory over the Russians. “What did they just do? They convinced Germany to send tanks to a proxy war in Ukraine. Can you imagine anything that will rally the Russians even more? I - no!", - quotes the reader INOSMI.ru.