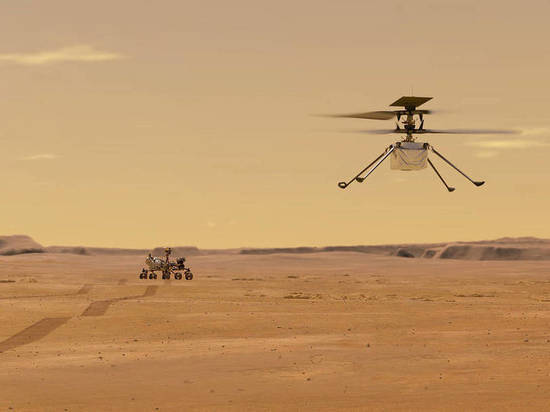 NASA will test nuclear rockets that can take astronauts to Mars in record time. The project, together with the US government agency Darpa, aims to develop an innovative propulsion system for space travel.

NASA has unveiled plans to test nuclear-powered rockets that will take astronauts to Mars in ultrafast time.

NASA has partnered with the Defense Advanced Research Projects Agency (Darpa) to demonstrate a nuclear thermal rocket engine in space as early as 2027, The Guardian writes.

The project aims to develop an innovative propulsion system for space travel, very different from the chemical systems common since the modern age of rocketry began nearly a century ago.

“The use of a nuclear thermal rocket allows for shorter flight times, reducing the risk to astronauts,” NASA said in a press release. “Reducing transit time is a key component for human missions to Mars, as longer trips require more supplies and more reliable systems.”

According to the agency, an additional benefit could be an increase in the carrying capacity of scientific equipment and higher power for instruments and communications.

NASA, which successfully tested its new-age Artemis spacecraft last year as a springboard to the Moon and Mars, hopes to land humans on the Red Planet sometime in the 2030s as part of its Moon-to-Mars program. .

Using current technology, a trip to Mars would take about seven months, according to NASA. Engineers don't yet know how much time can be cut with nuclear technology, but Bill Nelson, NASA administrator, says it will allow spacecraft and humans to travel through deep space at record speeds.

“With this new technology, astronauts will be able to travel to and from deep space faster than ever, which is an important opportunity to prepare for crewed missions to Mars,” says Bill Nelson.

Nuclear electric propulsion systems use fuel much more efficiently than chemical-fueled rockets, but provide low thrust, the agency said. The reactor generates electricity that positively charges a gaseous fuel such as xenon or krypton, pushing ions through an engine that propels the spacecraft forward. By leveraging low thrust efficiently, nuclear electric propulsion systems propel spacecraft for extended periods of time and can power a mission to Mars for a smaller fraction of the fuel than high-thrust systems.

Darpa director, Dr. Stephanie Tompkins, says the agreement is an extension of existing collaboration between the agencies. “Darpa and NASA have a long history of fruitful collaboration in advancing technology to achieve our respective goals, from the Saturn V rocket that put humans on the moon for the first time, to robotic maintenance and satellite refueling,” she said. “Space is critical to modern commerce, scientific discovery, and national security. The ability to make leapfrogging advances in space technology… will be essential for more efficient and faster transport of materials to the Moon and, ultimately, humans to Mars.”

NASA's Artemis 2 mission, which will send humans around the moon for the first time in more than half a century, is scheduled for 2024. A follow-up mission, Artemis 3, which could take place next year, will land astronauts (including the first woman) on the lunar surface for the first time since 1972.