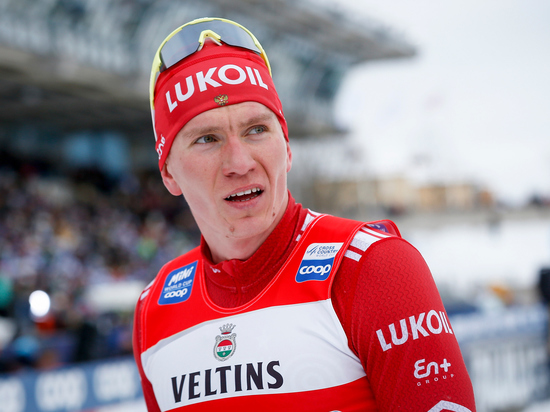 The first stage of the World Cup in cross-country skiing has started in Finnish Ruka. Russia does not participate in it, this season we have only starts within the country. Three-time Olympic champion in cross-country skiing Alexander Bolshunov in an interview with Norwegians (TV2 TV channel) said that he thinks about the removal of Russian athletes because of the situation in Ukraine. And the five-time Olympic champion Johannes Klebo says that he understands his colleague. I didn't forget to add the traditional "but".

The first stage of the World Cup in cross-country skiing is already underway in Finland, the athletes ran the classic sprint. Our skiers held the first stage of the Russian Cup a little earlier, on November 30 the second stage starts in the village of Vershina Tyoi, this is in Khakassia, it will end on December 4.

In the sprint of the first stage, Alexander Bolshunov became sixth, and in the 10 km freestyle race he took fourth place. Coach Yuri Borodavko explained the unusual results of the Olympic champion by the fact that Sasha started for the first time, was not at the control estimates, and had only one speed workout. I summed it up like this: now Alexander's starts should be treated as stages of preparation.

But Johannes Klebo, who watches what Russian skiers show at home, had a different version of events, which he voiced to journalists: his opponent has weak motivation this season due to the inability to participate in international competitions. Klebo stated that the places taken by Bolshunov at the Russian start are probably "the worst for him in all four years that he has been playing at the World Cup, and, of course, this is unusual."

On the eve of the start of the World Cup in Finland, Alexander Bolshunov gave an interview to Norwegian television. He spoke about disappointment due to the fact that our athletes cannot take part in the World Cup and World Championships in Planica. He suggested that the skiers who are currently competing in Ruka “could perhaps put themselves in our place, I would like to see how they react.” And he expressed confidence that “people in the West should stop blaming us, the Russians, for everything. Maybe we, on the contrary, need support? Sport is peace, sport should bring people together and nothing else.”

Bolshunov also admitted that it is difficult to accept the situation when Russian skiers compete on the home track during the World Cup. And he voiced what many foreign athletes are talking about in connection with the weakened competition at international starts due to the non-participation of our skiers: “Medals, of course, will be played without a fight.”

Johannes Klebo commented on the words of Alexander Bolshunov. “As an athlete, Bolshunov is probably very difficult now. He is training, like me, to participate in the World Cup and the World Championship. His situation is not pleasant. And I also want to compete with the best in all races. But the situation in the world must change before I meet Bolshunov, ”TV2 quotes the Norwegian champion.

And then Johannes Klebo won the start in Ruka, the classic sprint. Norway had four first places: Klebo, in second place was Even Northug, in third was Paul Gulberg, in fourth was Eric Valnes.

Trade between Russia and China rose to a record $172.4 billion in 11 months

SakhSU buildings are sealed due to violations of fire regulations