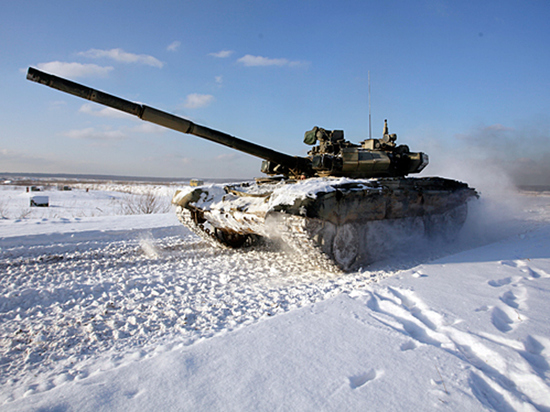 Russia has more tanks than any other military power, their number can only be compared with NATO's total tank fleet. Comparative data on how many tanks and what model can be in the arsenal of the Russian Armed Forces was given by military expert Vladislav Shurygin in his Telegram channel, referring to the American portal We Are The Mighty and Global Firepower. According to various sources, Russia has between 16,000 and 22,000 tanks in its army and in storage. Shurygin considers these data to be somewhat overestimated. According to him, by 2021, according to open sources, the Russian army had 3,330 tanks. Of these, 2840 belonged to the Ground Forces, and the rest were located at the coastal troops of the Navy.

The total number of new and modernized combat vehicles produced after 2000 in combat units reached about 1200 units, that is, 45 percent of the total.

In 2019, the American portal We Are The Mighty, citing Global Firepower data, compared the number of tanks in the armed forces of NATO and Russia. According to them, the NATO armies have 11,000 tanks, while Russia has about 22,000 vehicles, including those that are being mothballed. According to other sources, the Russian tank fleet has about 16,000 combat vehicles. At the same time, as Shurygin noted, in 2018, the Russian army had 12,000 tanks in storage, including outdated T-54 and T-55 models.

The expert explained that due to the long storage of these tanks in open areas without reliable care, part of the arsenal of combat vehicles turned into "mountains of rusty metal." However, there is a way out: they can be restored by sending them to the factory, where during the overhaul the tank will be completely dismantled, all its systems and components will be troubleshooted, after which the combat unit will enter the Russian troops almost like a new modernized vehicle "with modern means of active protection, communications and fire control.

Pistorius said he could not assess Ukraine's prospects for Crimea