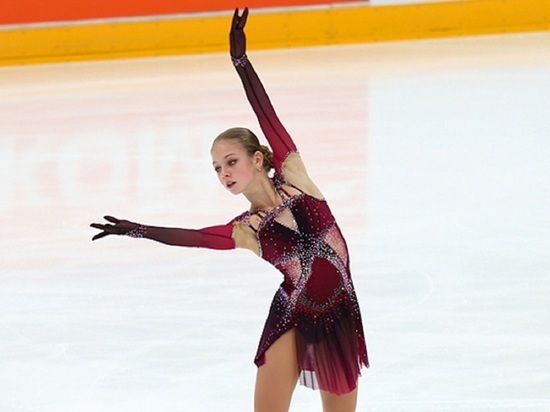 Now the figure skater will be trained by Svetlana Sokolovskaya

Olympic silver medalist Alexandra Trusova left Khrustalny from the coaching trio Eteri Tutberidze - Daniil Gleikhengauz - Sergey Dudakov. Once she already did this, then the transition to the Evgeni Plushenko Academy took place.

Then, nevertheless, she returned to Eteri Tutberidze. Now - a new move: to Svetlana Sokolovskaya in CSKA.

And, probably, Sasha's next transition to a new coach does not cause much surprise. Although Trusova had just performed at test skates, she talked about programs. In particular, about the short, blues - who staged it, how the coaches consulted with her and asked what kind of music she would like to choose. True, the figure skater withdrew from the rentals on the second day due to an injury, no one saw the free program “Nerves at the Limit”. Now Sasha will have new programs: this is how it is customary in the world of figure skating when changing a coach.

And the new move will not blow up the information space, like the previous ones, when Sasha went to the ice of Evgeni Plushenko or returned to Eteri Tutberidze. Yes, there is no particular surprise, but there is still some bewilderment. Why do you have to do it like this again: first leave (and everyone already knows that the secret of changing the coach on the ice), and then discuss the transition even with the federation? Why is it necessary to change the coach in the fall (when, for example, the same programs have already been delivered), and not in the summer? And why force the creation of new ones now?

Alexandra's explanation, of course, we will hear. Well, at least some. You are interested? What lies on the surface - Mark Kondratyuk, and the couple has not hidden the romantic relationship for several months now - is training with Svetlana Sokolovskaya. And even the distribution to the stages of the Russian Grand Prix Mark and Sasha received the same: in October - in Sochi, in November - in Samara. A tough training regime is also on the surface, as you know, everyone is equal in the Tutberidze group.

Sasha will be asked about the transition now many times. Why, why, how did she leave, the famous will also sound: did Eteri Tutberidze give flowers? And Mark, by the way, will now also have to answer sometimes stupid, but numerous questions: why do they have to practice on the same ice? But doesn’t he think that Sasha entered ... Here the fantasy can be endless.

Alexandra trained with Eteri Tutberidze for both the junior and a significant part of her adult career (two golds at the junior world championships and bronze at the adult world and European championships). It was on the ice of Khrustalny that she became the Russian rocket. In the 2020/21 season, she moved to the Evgeni Plushenko Academy. The results were not what the athlete expected, so Trusova decided to return to Tutberidze. And the coach accepted it. Preparations for the Beijing Olympics have begun.

Sasha became the first figure skater in history to land five quadruple jumps in one program. What happened after the announcement of the results was seen by the whole world. The silver of the Olympics, the hysteria of the figure skater, the accusation of the coaches that "they knew everything." Then, after a while, Alexandra explained that for three years she had not won major competitions, she had been preparing five quadruple jumps and thought that if she fulfilled everything she had planned in Beijing, she would win. "But that didn't happen."

Time will tell what will happen to the career of the Russian rocket now that it has left the Khrustalny ice again. She, of course, managed to say before the transition that she was not striving for anything this season, she just wanted to skate. “And I don’t have a specific goal - I’ll definitely go somewhere and win something, I will skate for the fans, for myself.”

But this is Trusova. And it's hard to believe that Sasha won't think about the result. Will coach Svetlana Sokolovskaya be able to help her in search of a goal and a “new self”? If Sasha performs, then some conclusions can be drawn already this season.