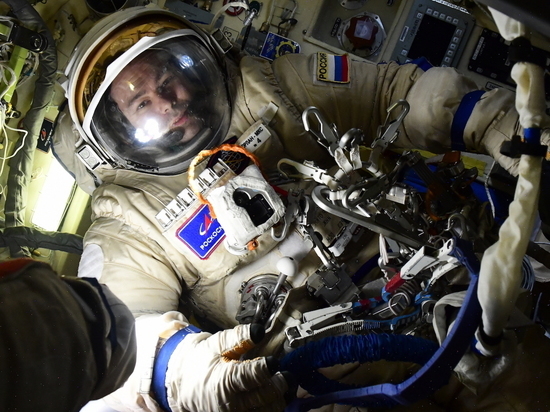 The problem with the cooling system was discovered on the ISS

Another spacewalk by Russian cosmonauts Sergei Prokopiev and Dmitry Petelin was canceled on Friday due to a pump failure in the cooling system of one of the spacesuits. It was the same equipment - Orlan-MKS No. 5, with which a similar breakdown had already occurred during work in open space in July.

According to Roskosmos, abnormal operation of pumps in the spacesuit cooling system was discovered immediately before the astronauts' spacewalk, which was to take place on November 25 at 14.20.

It is noteworthy that on July 21, it was precisely because of this spacesuit (there are only two of them on board) that cosmonaut Oleg Artemyev's work on EVA (extravehicular activity) was interrupted. He urgently had to return to the station due to a battery failure. This time, the malfunctions were discovered before the exit, so the astronauts were given a command in advance to stay inside the station.

As it became known to MK, the test of spacesuit No. 5, in which Sergei Prokopiev was supposed to work this time, was carried out two days before the EVA, on November 23. Three times in a row, the system switched the main cooling pump to the backup one, and only the fourth one worked normally. After that, it was decided to still use Orlan-MKS when leaving on November 25th.

The cosmonauts had to complete the assembly of the Nauka module: install an adapter for the ERA manipulator on the airlock of the Rassvet module, transfer an additional radiation heat exchanger from the Rassvet small research module to the Nauka multipurpose laboratory module. At the same time, Anna Kikina had to control the manipulators remotely, while inside the Science module.

State services in the MFC will be provided by biometrics

Google to launch continuous scrolling of search results on desktops

Cooler Master has announced a capsule for working on a computer

The number of Telegram Premium subscribers has exceeded one million