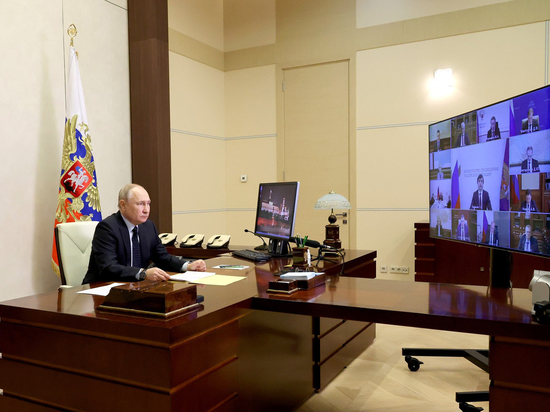 And he offered to fight him according to the "gas scheme"

Vladimir Putin demanded that the government prepare stockpiles of antibiotics, antiviral and antipyretic drugs before the flu season, just as gas is pumped into storage facilities to pass the winter peaks. This, according to him, will help to avoid the deficit reported by the ONF. Responsible officials explained to the head of state that there are actually plenty of drugs, and the shortage is caused by the commitment of citizens and pharmacists to foreign trade names. The rise in prices on the pharmaceutical market was estimated by the Ministry of Health to be 6 times lower than inflation.

Rumors about problems with medicines, which have been filling the earth since the end of last year, have reached the Kremlin. Vladimir Putin at a meeting with the government said that, despite the increase in domestic pharmaceutical production, "prices have risen", and "there is a certain shortage for some drugs." “We see this based on the results of the inspection of pharmacy chains,” he specified. According to ONF spokesman Mikhail Kuznetsov, whom Putin asked to talk about the current situation, not only checks point to the shortage, but also complaints from citizens coming to the front's hotline. Most often they are associated with the inability to purchase the most popular drugs due to the growth of seasonal diseases, in particular antibiotics and antipyretics. There have also been problems with the drug tamoxifen, which is widely prescribed to women for certain types of breast cancer.

Kuznetsov clarified that there is a shortage of amoxiclav in 54 regions, children's suspensions of nurofen in 43 regions, and tamoxifen in 27 regions of the Federation. However, according to the activist, people usually fixate on a certain trade name, primarily of foreign origin, and ignore Russian drugs with the same active ingredient. “We need a separate program to promote domestic drugs among patients and pharmacists,” he said.

It should be noted that the quality of domestic pharmaceutical products has never been questioned by officials. Contrary to the opinions of patients (as well as their physicians), they insist that Russian drugs work just as effectively as their imported counterparts. All problems are created by people themselves. Head of the Ministry of Health Mikhail Murashko assured Vladimir Putin that there is no shortage of antibiotics and other drugs in Russia. The industry is stable. The market share of domestic drugs exceeded 70%. In the line of antipyretics, according to the minister, there are a large number of children's forms, and when experts saw that the demand for some trade names was growing, they took action and "immediately stopped the situation." Commenting on the rise in prices mentioned by Putin, Murashko said that “for vital drugs, the increase in prices over the past period amounted to 1.9%, which is significantly lower than the inflation rate. For drugs not included in this list, it is 10% lower than the inflation rate.” Translated into Russian, this means that, according to the Ministry of Health, all medicines in 2022 have risen in price in the same way. Because if you subtract 10% from the official inflation of 11.9%, you get the same 1.9%. Research companies insist on higher figures: for example, according to Romir, the most popular drugs among Russians have risen in price by almost 30% year-on-year.

Vladimir Putin did not publish his own data on price increases. However, I decided to give advice to officials on how to avoid shortages in the future. “We are pumping gas into underground storage facilities to pass the autumn-winter period” - in the same way, according to the president, it is necessary to do the same with medicines used in the “flu” season. “Nothing prevents us from forming a certain reserve in a timely manner. I ask you to think about it,” he addressed the ministers.

The topic of other scarce drugs - in particular, tamoxifen mentioned by Kuznetsov (and its absence will inevitably lead to an increase in oncological diseases in the Russian Federation) - remained undisclosed. However, Deputy Prime Minister Denis Manturov assured that import substitution in the pharmaceutical industry is in full swing and Russians should not be left without innovative drugs. Last year, the number of clinical trials, he said, grew by a third, and companies registered over 130 new drugs. “The mechanism “products on the shelf” is being approved by the government. It will make it possible to create and quickly bring Russian analogues to the market if the supply of certain imported drugs stops,” the Deputy Prime Minister said.