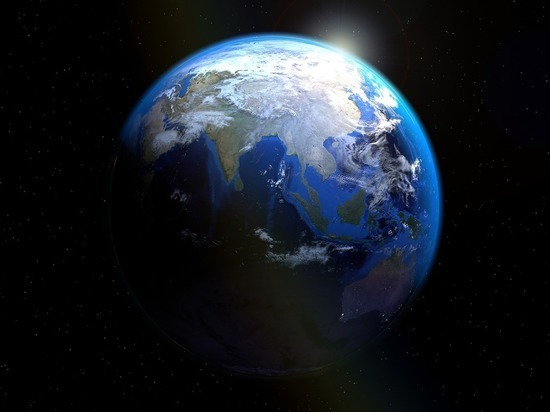 “This is contrary to the laws of planetary geophysics”

The message, which some took almost as a sign of the end of the world, spread all over the world the other day. Scientists at Peking University have recorded a noticeable slowdown in rotation, up to a stop, of the inner, solid core of our planet. What this may be connected with and what it will lead to, we learned from the chief researcher of the Institute of Geosphere Dynamics of the Russian Academy of Sciences, Doctor of Physical and Mathematical Sciences Vladimir Ovchinnikov.

The fact that the solid iron core of the Earth rotates, and a little faster than the planet itself, has been known since the early 90s of the last century. Now Chinese scientists have provided evidence that 14 years ago it began to rotate more slowly, almost caught up with the speed of rotation of the surface, and now it is completely behind it. This sensational conclusion is published in the prestigious scientific journal Nature Geoscience.

A scientific group led by geologist Xiaodong Song (Xiaodong Song) concluded that the core is decelerating by indirect evidence, namely, by changing the speed of reflection of seismic waves from it over the years. According to the researchers, with its fairly fast rotation, they recorded a variety of reflections from different parts of its uneven topography. Recently, as follows from the article, the waves have become almost the same, that is, the "mountains" and "pits" of the iron ball have ceased to alternate.

However, scientists reassure that a slowdown in the rotation of the earth's core will not lead to the Apocalypse, because such a slowdown manifests itself in the 70-year cycle of rotation of the "heart" of our planet, which means that something similar has already happened in the 1960s and early 1970s .

- The first proof that the inner core has a differential (not the same under certain conditions) rotation, the same Chinese scientist Song published in 1996. Then he showed that it has a higher rotation speed than the Earth as a whole, explains Vladimir Ovchinnikov.

- Due to what could the speed of the solid core of the Earth change?

- There are different explanations for this possible effect. For example, there is a law of conservation of angular momentum (a physical quantity that depends on a rotating mass, its distribution in space and angular velocity - Auth.). Astrophysical measurements show that our Earth slowed down its rotation for a long time, and we had to add 1 second to the day every few years. And if one of the shells (in this case, the outer one) changes its momentum, then the other one, the inner one (that is, the solid core) should also change, but not slow down, but, on the contrary, accelerate.

- But, according to the Chinese, it was the core that slowed down ...

- This could be affected by the anomalous, previously unrecorded acceleration of the Earth as a whole, which was recorded in July last year.

Another reason for the change in the speed of rotation could be the interaction with the changing magnetic field of the planet and many other phenomena. The very fact of the slowdown is not in doubt. The most difficult thing is with evidence through seismic waves. I regard them with some skepticism. Measuring the speed of rotation of the nucleus with them is not so simple. After all, here we need a long series of measurements of time and speeds (so that there is something to compare with).

But we know that the first instrumental observations of seismic processes began in our country only at the beginning of the last century (at that time we were leading in this direction), and their significant leap happened only in the early 90s. Therefore, only a 30-year period is available to humanity for a qualitative assessment, and for the inputs that Song makes, it is not enough. In addition, my experience of measuring the speed of seismic waves during nuclear explosions convinced me that it was not related to the differential rotation of the Earth's inner core. Although then we operated with more accurate time data and coordinates.

– In their article, scientists write that the Earth’s inner core “almost stopped its rotation in the last decade,” and perhaps right now it is already starting to rotate “in the other direction.” Is that possible?

- Of course not! This is guaranteed to us by planetary geophysics. Most likely, the Chinese scientists had in mind the "turn" in the direction of slowing down.