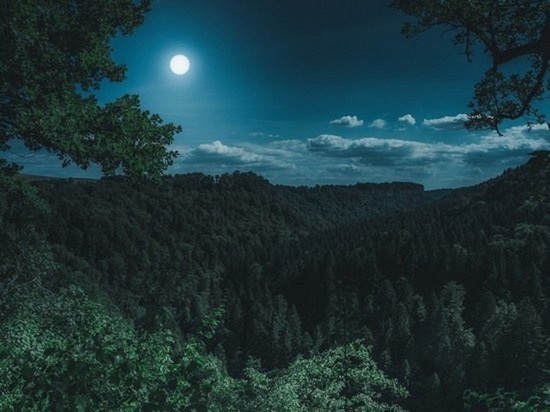 The Moscow Planetarium has published a list of astronomical events that can be observed in December 2022. December 8th is a full moon, opposition of Mars, and occultation of Mars by the moon. Also, the inhabitants of the Earth will be able to see two starfalls - the Geminids on the night of December 13-14 and the Ursids on the longest night of the year, from December 21 to 22.

The number of meteors per hour during the peak of the Geminid meteor shower is expected to be up to 150 per hour, but even in the case of cloudless weather, moonlight will interfere with observing them - less than a week will pass from the full moon.

During the maximum of the Ursida meteor shower, about 10 meteors per hour are expected, but the Moon will tend to the new moon and will not interfere with observation. Curiously, the Ursids fall on the winter solstice, the longest night in the Northern Hemisphere.

On December 8, astronomy lovers will be able to watch not only the full moon, but also Mars in opposition to the Sun and the occultation of Mars by the moon. All these events will take place almost simultaneously, from 7 to 9 am Moscow time. At this time, the disk of the full moon will block Mars for some time, which will be the brightest for observers from Earth in two years.

Other astronomical events include the closest approach of Mars to Earth in a year on December 1, the beginning of the polar night beyond the Arctic Circle on December 2, and the occultation of Uranus by the Moon on December 5.

Microsoft has released a branded hoodie for the Xbox controller

Revealing letter from mathematicians: the increase in the number of scientists with degrees discredits science

The expert told in which canned food botulism develops

Zakharova recalled the position of NATO during the shelling of Yugoslavia