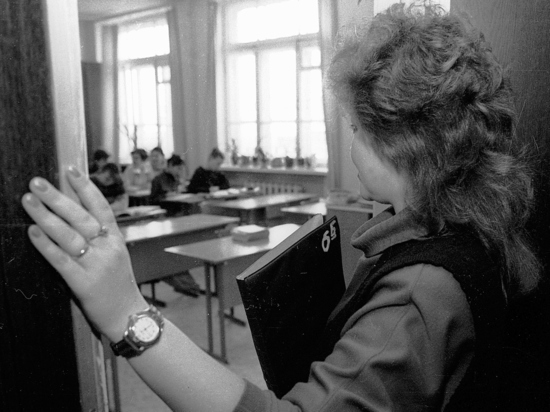 News came from the Krasnoyarsk Territory about the difficulties with teaching children who came to us from the territory of Ukraine in schools. Krasnoyarsk teachers complained on social networks that refugee children basically write in Ukrainian, and some of them do not know Russian at all. "MK" understood this situation.

Krasnoyarsk officials from education, however, rejected any problems with Ukrainian refugees.

“At the moment, 28 children who have come to us from the territory of Ukraine are studying in Krasnoyarsk schools,” MK was told in the press service of the education department of the city of Krasnoyarsk. - The children mostly do not have a language and cultural barrier, so they study in regular classes, additional education programs are organized for them. They are enrolled in circles and sections that are of interest to them.

- What does “mostly” mean - does anyone still have difficulties?

– Teachers explain to us that all children speak Russian well and they do not need any additional adaptation programs.

But the representative of the federal government, the first deputy chairman of the State Duma Committee on Education, Yana Lantratova, told MK that she just knows about the low level of knowledge of many of these guys who came to us from Ukraine:

- Twos get in the main subjects, some do not even know some basic things. Even if they speak Russian, they do not know the rules of the Russian language, since the children studied according to completely different programs, now they have a level of training below the average for Russia.

Teachers should pay more attention to them, perhaps conduct additional tasks, help catch up. We are studying this issue, collecting information from the regions, and we will raise it at a committee meeting,” Yana Lantratova told us.

However, the parents of schoolchildren who study with refugee children are optimistic: “Nothing, they will get used to the language - they will write and speak! Time is needed. In any case, getting into the environment of another country, people learn the language of this country. And it's easier for kids."

We found a parent from the Rostov region, whose children study with boys from Ukraine, and this is what she told us:

– There are two of them in our primary class – wonderful boys from the DPR. The school curriculum is mastered on an equal basis with everyone. In general, our class is international, children of different nationalities study in it: both Armenians, and Turkmens, and from the territories of the former Ukraine ... A boy from Armenia, for example, is generally an excellent student. But for this he himself tries, and his parents help him: additional classes, tutors.

I am sure that if a child and his parents have a desire to learn a language, they make efforts for this themselves, and, of course, teachers help. In our previous school in Siberia, there were four children from Tajikistan in the class. They spoke Russian very poorly. Parents - they did not speak or write at all, and did not understand what they write in parental chats. But within six months, these children began to speak on a par with Russian students. Our teacher was a good fellow, she studied with them additionally free of charge in order to level them in Russian. I spoke to other parents from other schools in our region, and they say that the children of refugees from Ukraine with knowledge of Russian are doing well.

“In all countries there are requirements that a migrant must know the language of the state where he lives if he wants to work in this country or study,” said another parent who also encounters children of migrants. – Yes, there are Russian schools, but they study the national language there. Be it Germany, Sweden, France, etc. Even Pugacheva's children were not spared - they, as you know, were not accepted to school in Israel until they knew their language and write in it.

Viktor Panin, chairman of the All-Russian Society for the Protection of Citizens' Rights in the Sphere of Education, does not consider this problem "so serious," since "such children, for the most part, assimilate quickly."

“I suppose that such situations, of course, happen,” says Panin. - In Ukraine, for a long time, in some areas, the policy of the authorities was aimed directly at uprooting the Russian language from both colloquial, oral speech, and writing. Therefore, it is absolutely certain that there are children who arrived as part of refugee families who can neither write nor speak Russian. Plus - the presence of an information flow of news hostile to us in Ukraine itself, when the image of the enemy was formed from the Russians, the inhabitants of Russia.

In my opinion, it is more important for such children, first of all, to provide psychological assistance, to carry out explanatory, educational work with them, to immerse them in the environment of their peers, interested in a variety of topics. Many of them are in need of basic rehabilitation. Important in itself is the cultural environment around, language immersion, which will invariably happen.