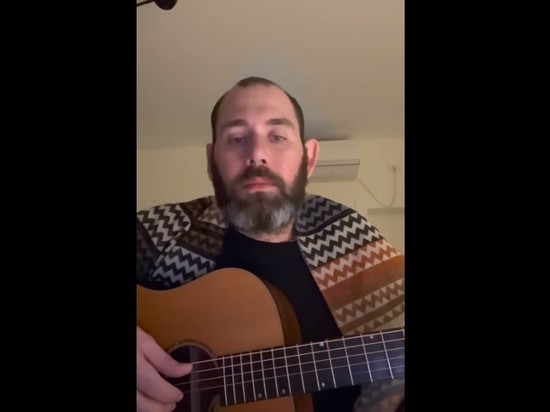 The Fund for the Protection of the National Historical Heritage turned to the head of the Investigative Committee of the Russian Federation, Alexander Bastrykin, with a request to conduct a pre-investigation check against comedian and songwriter Semyon Slepakov. The reason was the last song of the author, which he posted on the Youtube channel.

The foundation believes that "Lullaby" discredits the Armed Forces of the Russian Federation.

“We turned to the head of the Investigative Committee, Alexander Bastrykin, with a request to conduct a pre-investigation check against Semyon Slepakov on the fact that he had committed a crime under Art. 280.3 of the Criminal Code of the Russian Federation “Public discrediting of the Armed Forces of the Russian Federation”,” said Alexander Karabanov, director of the fund.

Semyon Slepakov, who previously earned millions of rubles on Moscow corporate parties, but after the start of the special operation he moved to Israel, wrote a new song "Lullaby". Stylized as a lullaby, “satire” is a song of a mother who lost her son.

In Slepakov's song, the image of a mother who lulls her child, embodies the Motherland, from which her other son fled, who became an IT specialist in Europe.

Recall that Semyon Slepakov, who moved to Israel, left debts of 19 million rubles in Russia. The bard found unpaid personal income tax - 15.3 million plus late fees - 3.6 million. Based on these amounts, the showman received an income of 118 million, from which he forgot to share with the state.

AvtoVAZ plans to produce up to 10,000 cars a year at the former Nissan plant in St. Petersburg