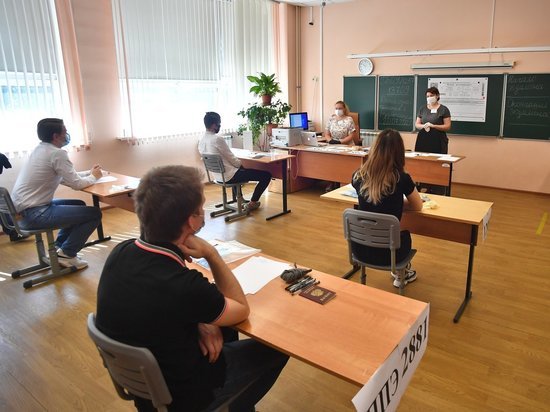 Mikhail Mishustin signed the order that Russian schoolchildren studying abroad be credited with their final grades in the certificate. The news, first of all, concerns "unfriendly countries", where it is now almost impossible to organize points for passing the exam and other exams. The same applies to schoolchildren from Russia studying in schools at embassies and representative offices, as well as in remote or family forms of education. And that means the children of relocants, too.

The government finally approved “the specifics of passing the GIA (state final certification - author) for Russian schoolchildren studying abroad. “Russian schoolchildren who study abroad and will not be able to pass the state final certification due to organizational difficulties caused by the actions of unfriendly countries will receive education documents based on intermediate exams,” the Cabinet of Ministers said in a resolution.

The news is undoubtedly good for those who are unable to pass the exam, or the OGE after grade 9. But there is a small “but” - the date of the essay that 11th graders write for admission to the exam has already “passed”. The schoolchildren wrote the admission essay on December 7th.

- It turned out that those who have strong nerves won again, - says Nadezhda, mother of an 11-grader from Moscow, temporarily living in Georgia. - We, in the end, broke down and came to the composition. Although for two months we butted heads with our school, where we are on distance learning. Here, my friend did not cave in, did not go anywhere and won, in the end ...

On the other hand, having learned the news about the USE-GIA, some of those who were postponing their departure because of the exams were about to hit the road. Alfiya from Krasnogorsk says that she secretly hoped that the exams would be counted, as it was already in 2022. She has twin children, both of whom are finishing 9th grade this year. The husband managed to get a job in Turkey, but the family decided that it would be better for the children to finish their studies here before receiving a diploma. Now you can go. And beforehand, just in case, Alfiya is going to register the children for a family form of education.

Does this mean that graduates, who are also potential applicants, will rush into the best universities and colleges in Russia after having missed the exams?

- No, this will not happen, - says Maria Bushueva, an expert in the field of higher education and passing the exam. - As for the certificate, which is issued after the 9th grade, then upon admission to the level of secondary education, and so enrollment is based on the average score in the certificate. If the college or school is some kind of prestigious, there are additional interviews, tests to screen out weak applicants. And applicants know this very well. As for universities, enrollment is based on the results of the Unified State Examination or the entrance exam. Moreover, DWI is held (an additional entrance exam - author) in top, creative universities. So, too, it will not be possible to slip. The exception so far is applicants from the LDNR, who in 2022 were enrolled according to the quota for foreign students. Here, in theory, you can go just by points, like in college.

In the message of the Cabinet of Ministers, it was also clarified that students from the LDNR, Kherson and Zaporozhye regions who arrived in Russia in the first half of 2022 (refugees) and graduate from a Russian school can choose to receive a diploma based on the results of an intermediate certification or take exams.

Earlier, Rosobrnadzor reported that the same choice would be given to graduates from the LDNR, Kherson region and Zaporozhye for the entire transition period to the Russian educational model. After all, they used to study under other educational programs. Or, in the case of the LDNR, there were gaps in learning due to the distance format of lessons, or when schools did not work at all. The transition period to the USE will take 5 years.