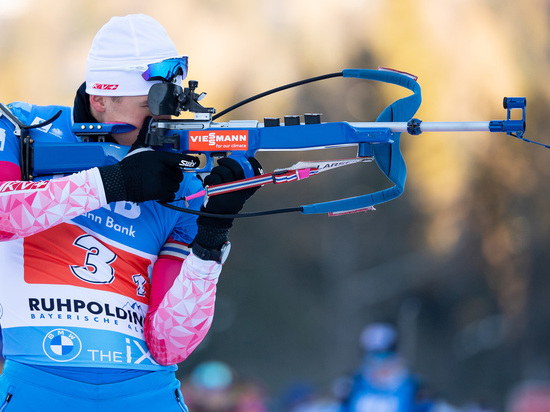 The first stage of the National Cup started in Khanty-Mansiysk

Biathletes in Russia opened the season. Almost all the strongest went to the first races in Khanty-Mansiysk, which kicked off the season with the Russian Cup stage. For example, the starting list of participants in the men's sprint, despite the almost critical -19 degrees for the race, recorded 86 athletes, it also included Belarusian biathletes. The Russian Biathlon Cup will be divided into six stages. The final of the competition is in Tchaikovsky.

The first race of Khanty-Mansiysk - sprint - for men was won by Karim Khalili, Alexander Loginov and Petr Pashchenko, without allowing a single miss. Eduard Latypov - fourth with two misses, Anton Smolsky - fifteenth with three misses, Anton Babikov - did not enter the top twenty, three misses. In women, Anastasia Goreeva was the fastest and most accurate, Natalya Gerbulova was second (one miss), Victoria Slivko was third (one miss). Dinara Alimbekova and Irina Kazakevich, with two penalties each, sixth and seventh.

The stages of the Russian Biathlon Cup will be held in Khanty-Mansiysk, Uvat, Tyumen, Ufa, Rybinsk and Chaikovsky. At the World Cup, which our and Belarusian athletes miss, there are three more stages. But in addition to the Russian Cup, there is also a national championship, the races of which will be scattered over places and times at three stages: in Izhevsk, Khanty-Mansiysk and Uvat, from February to April.

The Commonwealth Cup will be met by Ryazan, twice Raubichi and Tyumen. The SBR holds the Cup together with the Biathlon Federation of Belarus. In August and September, two stages on roller skis have already passed. Ryazan is ready to surprise with New Year races. Familiar for the world biathlon "Christmas race" in Germany this season will be held without our biathletes. The prize fund of the Commonwealth Cup is 40 million rubles.

The calendar of the season was drawn up based on the situation, the absence of foreign rivals, of course, is a big minus. But we have to build on what we have at the moment and try to maintain a decent level. Experts believe that the opportunity to watch many athletes in competitions of the same level over time will also give results in the future. Until now, all biathletes have been scattered around the competitions: some at the World Cup, some at the IBU Cup, and the rest at domestic competitions.

The leaders of the RBU consider the Russian Cup final to be held in Tchaikovsky in February as the main start of the season, at the same time as the biathlon world championship. And it is precisely for this start that the teams should be at their peak: the results of the final will influence the assessment of the work of the teams in the season.