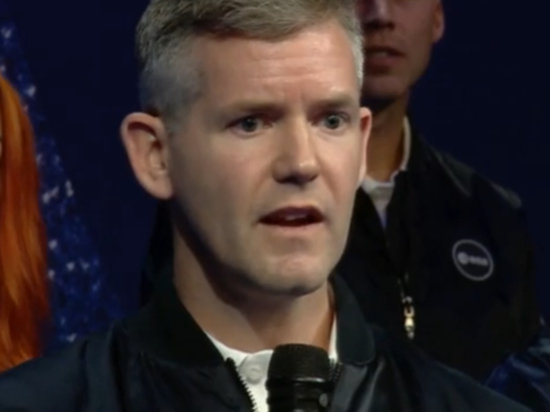 British Paralympian John McFall has been selected as the European Space Agency's first disabled astronaut. He lost his right leg in a motorcycle accident when he was 19 but went on to compete for Great Britain at the Paralympics.

A Briton will become the first disabled astronaut of the European Space Agency, reports sky news.

John McFall of Frimley in Surrey has been selected by ESA to participate in its training program and could be the first disabled person to go into space.

The 41-year-old lost his right leg in a motorcycle accident when he was 19 and went on to compete for Great Britain and Northern Ireland at the Paralympics, according to Sky News.

According to the ESA, no major Western space agency has ever launched "paracosmonauts" into space.

McFall will join the Space Training Squad to evaluate if he can become the first disabled person to go into space. He himself says that such an opportunity has become "inspiring and exciting" for him.

He added: "With my extensive scientific background and extensive experience, I felt compelled to try to help ESA answer this question: Can we get someone with a physical disability to do meaningful work in space?"

Prospective polate participants were among more than 22,500 candidates who applied, with more women than ever on the roster and some 200 people with disabilities.

Approximately 1,361 people were invited to the second round of ESA astronaut selection after a comprehensive screening phase. The pool was narrowed down to just over 400 candidates in the third round.

During ESA's last call for astronauts in 2008, 8,413 people provided a medical certificate and completed an online application.

Among them was Tim Peak, who became the first British astronaut to join the ESA corps.

Last year, the candidates for the finalists went through an intensive selection process.

Dr Paul Beit, Chief Executive of the UK Space Agency, said: “This is a significant day for the UK space agency, our space sector and the country as a whole. Through our investment in the European Space Agency, the UK is playing a leading role in space exploration and working with international partners to bring the unique perspective of space to life on Earth. Space has incredible power to inspire and I am sure that Rosemary, John and Megan will be heroes to many young people and inspire them to search for the stars. It is also important to remember that behind every astronaut is a dedicated team of people, including in the UK, who work behind the scenes to achieve the incredible.”