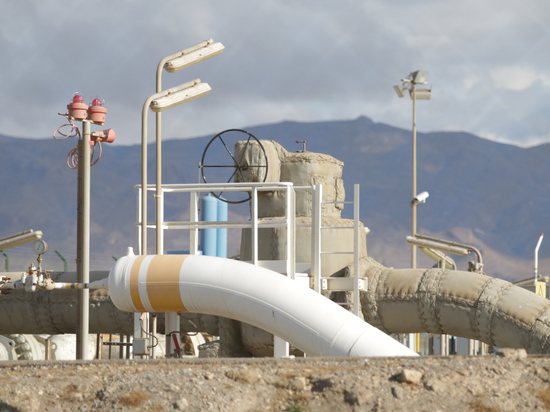 The EU countries have come up with a new plan that allows EU members to completely secure themselves from energy dependence on Russia. Starting next year, they intend to switch to the joint purchase of the required volumes of gas without the involvement of Russian fuel. Thus, the Europeans expect to completely eliminate the possibility of uncontrolled growth in hydrocarbon prices, eliminating dependence on one supplier of hydrocarbons.

The specific concept of the EU countries still looks rather abstract. The following is known: at its extraordinary meeting, the EU Energy Council agreed on a regulation on joint gas purchases, excluding "blue fuel" from Russia from them. The members of the alliance believe that such a scheme for providing energy resources guarantees European countries "the best leverage" on the exchange price of hydrocarbons, as well as reducing competition among themselves for extra cubic meters. The advantages and disadvantages of the new EU fuel plan, which may be approved on December 13 at an extraordinary meeting of the heads of the alliance's diplomatic departments, was explained to MK by Alexei Grivach, Deputy Director General of the National Energy Security Fund.

- What benefits is the EU going to achieve by introducing a new energy procurement system?

- Let's start with the fact that such a system will be an attempt to introduce manual control of the fuel market. What does Europe want to take control of? The countries of the union expect to protect themselves from the sharp price hikes that were observed at the end of last year and at the beginning of this year, when stock prices of raw materials soared and fell by hundreds of dollars in one day.

On paper, the initiative looks reasonable. However, in fact, the artificial regulation of daily fluctuations in exchange prices for hydrocarbons seems to be a complex and not quite implementable instrument of control - not only directly over prices, but also over the volume of supplies of raw materials. Imagine the following situation: there is a shortage of gas in the market; each of the countries is trying to prevent an internal fuel collapse by offering the supplier a more favorable cost of hydrocarbons; as a result, overall energy prices are rising, forcing would-be EU regulators to halt exchange trading.

But the next day, trading floors reopen, and the gas shortage only increases. A chain reaction occurs, leading to a galloping of prices, which becomes almost impossible to stop due to the tariff restriction of each of the transactions. Moreover, even those countries that are ready to pay double, triple or ten times the meter run the risk of being left without the required volumes of raw materials. This situation is fraught with an aggravation of the recession in developed European countries, an increase in the cost of housing and communal services, an acceleration of inflation and general discontent among the population.

- Previously, the European Commission proposed to carry out mandatory joint purchases in the amount of about 14 billion, which will have to be pumped into the underground storage facilities of the continent by the winter of 2023-2024. However, it is still not clear who will pay for the designated volumes. If the European Union collectively decides to use its own funds without involving the national governments of each of its members, then no one from the alliance will object.

If the costs fall on the shoulders of specific companies, then problems will arise: in this case, it will not be clear what contributions each of the members of the union will have to pay and in what proportion the EU countries will be able to receive jointly purchased “blue fuel”.

- The EU Energy Council, however, is confident that collective purchases of gas, from which Russian fuel will be excluded, will lead to the fact that the members of the union will no longer have to compete with each other in the exchange sharing of fuel ...

- Do not forget that not all European countries own a controlling stake in their main energy holdings (as is the case in Russia) or at least a majority of votes in such commercial organizations. Small-town internecine confrontations may arise, because a number of EU members buy gas not only to fill the domestic market, but also for further resale to alliance partners. Moreover, the volume of planned purchases of 14 billion cubic meters is clearly not enough for Europeans for a stable passage of the 2023-2024 heating season. At a minimum, Brussels will need to secure gas supplies in the amount of 70-100 billion cubic meters. Again, the question arises, what financial sources will be used to ensure purchases and in what ratio will the purchased energy resources be distributed? Competition in such a confrontation risks not disappearing, but, on the contrary, increasing by an order of magnitude.

- That is, the creation of a free gas market, due to which the European Union was going to get rid of fuel dependence on Russia, is being postponed again?

- There has never been a free gas market on the territory of the European Union. Bureaucratic intervention in limiting prices, in particular, by introducing a “ceiling” on the cost of raw materials, leads to the opposite effect. The upper limit of almost $3,000 per thousand cubic meters, which some EU representatives called a "joke", actually gives bidders the right to increase the quotations of raw materials to this very limit. Let the maximum prices be reached not in one day, but, say, in two or three weeks, but in the end, importers will still have to pay at the approved marginal rates.

- Will Europe be able to do without Russian gas at all with the proposed procurement mechanism?

- Now, when gas supplies from our country to the EU remain at 10-15% of the previous export, the Europeans still have room for price maneuver. In the future, if importers completely exclude Russian “blue fuel” from their own energy balance, they will have to negotiate with alternative producers, against whom, with a price ceiling of $3,000, it will be difficult to impose restrictive sanctions: suppliers will simply start selling raw materials to Asian countries that agree to pay a higher price.