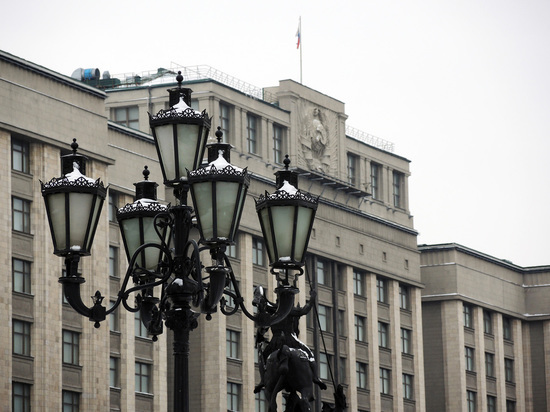 The State Duma approved in the third, final reading the draft federal budget of the Russian Federation for the next three years. The document, which the head of the Ministry of Finance Anton Siluanov described as the most difficult in his professional career, is largely a framework, conditional, and preliminary. In the opinion of experts, already in the first quarter of 2023, a number of its parameters will have to be changed, taking into account the mass of risks that cannot be assessed here and now. For example, such as the sanctions ceiling on Russian oil prices.

The project covers the period from 2023 to 2025 and provides for an excess of expenses over income for all three years: next year the deficit is planned at the level of 2.93 trillion rubles (2% of GDP), and by 2025 it will drop to 1.26 trillion (0.7%). In the expenditure side, allocations of 29 trillion rubles are made every year.

The key feature of the new document is the increased spending on defense and security - more than 9 trillion rubles in 2023, or 32% of the total. In addition, emphasis is placed on programs for the integrated development of transport infrastructure (regional and local road networks) and rural areas.

Compared to the current year, in 2023, 19% more budget funds will be allocated to healthcare, almost 10% to education, and 12% to culture and cinematography.

Obviously, the authors of the project encountered unprecedented difficulties during the development, as both Prime Minister Mikhail Mishustin and Finance Minister Anton Siluanov unambiguously stated. How did this multi-layered state document with a bunch of figures, adopted in a frankly troubled time, turn out as a result, what are its strengths and obvious flaws? We addressed these questions to the experts.

“The budget can be called “sanctions”. It takes into account the growing consequences of sanctions, primarily the decline in oil and gas revenues due to the embargo on offshore supplies of oil and petroleum products to the EU, as well as gas sales to Europe. Difficulties in attracting external borrowings are also taken into account - accordingly, the emphasis is placed on domestic OFZ placements to cover the budget deficit.

The National Welfare Fund (NWF) will be used more actively as an anti-crisis "savings". This, perhaps, is the strength of the project.

But the problem is that in an environment of great uncertainty, the critical dependence of the economy on geopolitical realities, it is impossible to predict all the risks and consequences of these risks in advance. Due to the contraction of the economy and raw material exports, the budget receives less and less revenue. The traditional base of borrowing and tax revenues is shrinking. And even the NWF is limited in use due to the partial blocking of funds.”

Nikita Maslennikov, Leading Expert of the Center for Political Technologies:

“In terms of its basic parameters, the budget is quite balanced, and this is its undoubted plus. Expenses are provided at the level of 29 trillion during all three years. In fact, this is an “adaptation” budget, with an emphasis on various targeted measures and the redistribution of funds (2 trillion rubles in total for a three-year period, 810 billion for 2023).

Priority is given to everything related to the special operation (in particular, military camps and hospitals), with direct financing of transport infrastructure and the agricultural sector. They are going to compensate for the budget deficit not from the NWF, but at the expense of the domestic public debt, the placement of federal loan bonds (OFZ). And here the pluses begin to smoothly flow into the risk zone, where the entire income base is located.

Today it is impossible to take into account all the consequences of new sanctions on oil and gas, the effect of the price ceiling. The uncertainty is extremely high. And all this is superimposed by the threat of a new global crisis in 2023, which will sharply reduce revenues from foreign economic activity, not only from raw material exports. In addition, the investment potential of the economy will shrink even more than before.

The macroeconomic forecast underlying the budget also raises very big questions. In my opinion, he is overly optimistic. Most likely, in 2023, GDP will fall not by 0.8% (as the Ministry of Economic Development believes), but within 2-3% (if the global crisis does not break out). All adopted parameters are conditional, and by the end of the first quarter of 2023 they will have to be thoroughly corrected in a number of areas. First of all, it will be necessary to seriously increase spending on anti-crisis support for the population.”

Artem Deev, head of the analytical department at AMarkets:

“The first feature of the document is the expectation of a deficit. Government spending is growing in connection with the implementation of SVO and mobilization activities. The published figures also show that the most difficult year for Russia will be 2023, when the consequences of Western sanctions will fully manifest themselves. Now the prospects for introducing a ceiling on oil prices are not clear, but, apparently, this will also affect the budget in a bad way.

It is also obvious that the main financial document of the country does not take into account such a powerful negative factor as the global financial and economic crisis. But it has already begun, which means that Russia's export earnings will be reduced under the influence of this circumstance. The budget "hole" will expand beyond the parameters that are included in the project. Another conclusion that suggests itself is that the state does not expect economic indicators to recover before 2025.”