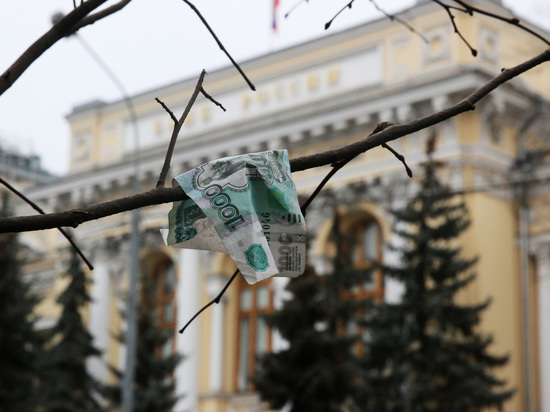 February for the currency market promises to be almost the hottest period of the season. Both on the world stage and on the domestic agenda, events are expected that traditionally have a very significant impact on the ruble. Already on February 1, a meeting of the OPEC+ oil cartel, which includes Russia, will take place. The EU embargo on the import of Russian oil products, as well as the ban of the EU and the G7 countries on the provision of services for their transportation by sea, comes into force on February 5. In 5 days - on the 10th - the first meeting of the Board of Directors of the Central Bank of the Russian Federation in the coming year will be held, at which a decision on the key rate will be made. What will be the exchange rate of the dollar and the euro in this regard, "MK" said financial analyst, candidate of economic sciences Mikhail Belyaev.

How will the ruble feel in February?

- I stand on the position that the exchange rate of one country in relation to another is determined by the general state of their economies. Since we saw at the end of last year that the US economy still did not fall into a crisis, while the Russian economy slightly slowed down in its adaptive and positive trends, the ruble depreciated slightly against the dollar and now, at the end of January, is at around 67-68 rubles. Since in February I see no prerequisites for significant changes either in the economy of Russia or the United States, then, apparently, this is the course that can be oriented in the next month. Of course, fluctuations around this figure are possible, and they will be sweeping, since there is some uncertainty in the external economic environment. But most importantly, the Central Bank of the Russian Federation does not interfere in the exchange rate mechanism and does not smooth out excessively sharp fluctuation peaks. As a result of walking around the marks of 67-68 rubles per dollar, they will be noticeable - within the limits of the ruble in one direction and the other. But on average, this is the rate that we can expect during February.

— And what will happen to the euro?

- The European economy could face considerable difficulties if the winter were more severe: it would force to increase the selection of gas from storage facilities, it would strike at the energy supply of the European Union. But we see that gas prices have dropped. In addition, the EU quickly and effectively adapted, carried out compensatory measures to save energy resources. Our country helped to a certain extent, because a way was found through the supply of Turkmen gas to Europe, which is actually Russian gas, and our country then reimburses Turkmenistan for these supplies to other markets. As a result, a crisis that could weaken the euro is not expected there. Although I think that a certain potential for weakening the euro against the ruble will remain. I believe that the euro will be traded in February in the range of 72-75 rubles, and closer to its lower border.

The OPEC+ meeting has been scheduled for February 1st. Will it cause a change in the dollar or euro?

— I believe that a significant proportion of the price of oil is politics. Not everything is determined by supply and demand, not everything is dictated by the real needs of countries. There is a political game going on, so it is quite difficult to talk about prediction. Nevertheless, any politicians in their decisions are guided by the real state of affairs, including in the oil-producing countries that are part of the OPEC+ group. Their economy is based entirely on oil products, so it is dangerous for them to talk about some kind of radical price reduction. At the same time, it is even more difficult to talk about a sharp increase in prices - this does not fit into the geopolitical situation and can cause problems with the sale of hydrocarbon raw materials. However, sometimes this political aspect is included when some states behave inappropriately towards oil-producing countries. So far, there are no such signals. A compromise has been found and most likely everything will remain in place. But if any amendments are adopted on February 1, then not those that will radically affect the state of the market, prices and volumes, which, accordingly, will have little effect on the rate of the domestic currency.

- Will the EU embargo on the supply of petroleum products from the Russian Federation, which comes into force on February 5, as well as the restrictions imposed by European countries together with the G7 on the provision of services for their transportation by sea, affect the ruble?

- Since this has been talked about for a long time (discussions began last fall), the market has long adapted to this factor. It is short-sighted to believe that this event will have any serious impact on the ruble. Oil companies may fix lost profits in the future. But this is a very distant factor, because the exchange rate of the ruble against the dollar is no longer fatally dependent on the price of oil and the hydrocarbon component, although some experts continue to think in this paradigm, considering it a rate-setting factor. I think that there will be no special reaction here. Just considering that this is a special factor for the Russian economy, which must be overcome in any case, a slight weakening of the ruble against the dollar is possible during this period, but not more than 1 ruble, as I already noted.

- On February 10, the Central Bank of the Russian Federation will announce the first decision on the key rate this year. How will the ruble behave against this background?

- It will not affect the ruble. I think that the Bank of Russia will continue its favorite policy of keeping the key rate at a fairly high level of 7.5%. The Central Bank of the Russian Federation is concerned about the reduction of inflation through the regulation of the key rate. Under the current conditions, there is no question of reducing this indicator. At best, it will remain unchanged, but most likely it will be increased to 8%. This will not directly affect the ruble exchange rate. We must learn that the exchange rate and the key rate are not directly related in any way. The economy will not benefit from an increased key rate: it will be more difficult to work in such conditions, and it will be more difficult for businesses to adapt. In the long term, we can say that this is more likely to work in favor of the ruble than to weaken the economy.

- In February, it will be a year since Russia conducts NMD, in connection with which various provocations are possible in the form of regular packages of sanctions or information attacks on our country, timed to coincide with February 24th. Will such unpleasant surprises affect the exchange rates?

“These are political events. This is unlikely to have an impact on the ruble. Russia adapted to the sanctions very quickly, as predicted, so the hypothetical impact of the sanctions was exhausted in the first, second and third packages. Further, everything can more likely be attributed to political games: Western leaders, once embarking on the course of sanctions against Russia, and even seeing their futility, still continued to come up with new and new restrictions in order to demonstrate the inviolability of their line. But already from the first three packages, it was clear that the sanctions do not affect the Russian economy, they are useless, that our country adapts well to them, and even some restrictions are good for it. If the mechanism does not work fundamentally at the level of the circuit, then no matter how detailed it is, there will be no sense. Speaking of sanctions, we can say that this is political and informational noise. It is difficult to call them otherwise.

Interfax: The Ministry of Finance abandoned the idea to increase taxes for Russians working abroad

Experts expect problems from the Central Bank: the key rate will not be reduced

How the currency structure of the National Welfare Fund has changed

Mishustin was shown a dryer for frozen books