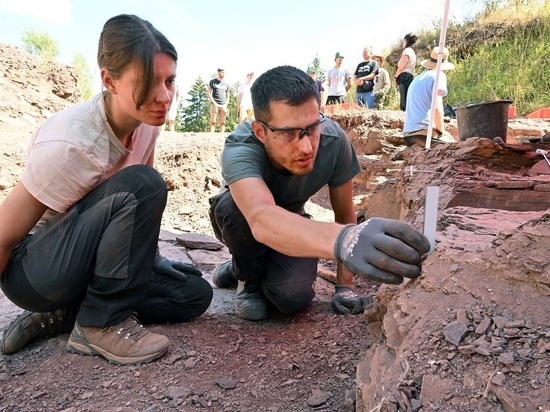 A team of paleontologists from the Universities of Tübingen and the University of Zurich has identified a new genus and species of ornithopod dinosaur from fossilized bones found in the Haceg River basin in western Romania, according to a publication in The Journal of Vertebrate Paleontology.

It is noted that the skull belonged to a dinosaur of the Rhabdodontidae family, guanodont herbivorous dinosaurs. According to scientists, the animal walked on two legs, and its length was about two meters, while the dinosaur itself was of medium size. Experts gave it the name Transylvanosaurus platycephalus in honor of Transylvania, where it lived in the late Cretaceous epoch 70 million years ago.

Researchers were surprised that the closest relatives of this dinosaur lived on the territory of modern France. According to experts, there was an island on the site of Transylvania in the late Cretaceous era, so so far they cannot say exactly how the dinosaur managed to get there. Scientists have assumed that he could swim, or the fluctuations of the sea created temporary land crossings. Researchers intend to get an answer to this question after they find more remains.

Shares of OR Group on the Moscow Exchange grew by 40%