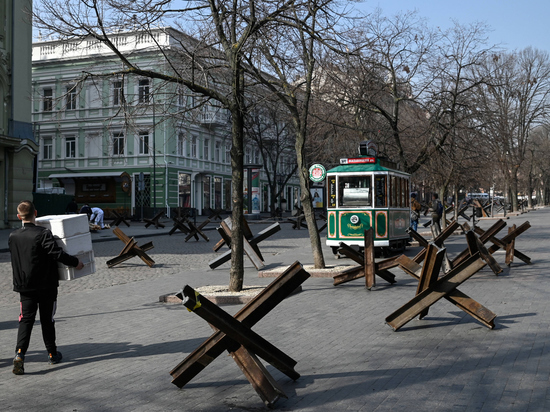 "Now is a unique moment"

The general battle, which will determine the further course of the entire special military operation in Ukraine, may take place on May 2 in Odessa. This assumption was made on Wednesday, January 25, by Voenkor Alexander Sladkov.

Meanwhile, Deputy Chairman of the Security Council of the Russian Federation Dmitry Medvedev on the same day in his Telegram channel also did not do without hints, saying that “soon the Kyiv regime will have no sea at all.”

Military expert, retired captain of the first rank Vasily Dandykin assessed the possibility of a general battle for Odessa and stated that the Black Sea Fleet was ready to perform its duties at any moment.

Military commander Alexander Sladkov suggested that in the near future a general battle would take place and it would be for Odessa. According to him, in case of success at the front, the Russian army will be able to cut off Ukraine from the Black Sea, thereby depriving it of the status of a maritime country and reaching Transnistria.

“So, perhaps, the assault on Odessa somewhere by May 2nd will decide everything in our NWO. Here we have a wide range of maneuvers, and our fleet can ask for satisfaction for the Moskva cruiser, and the Marines will be able to show a variant of their classic use, ”the military commander expressed his opinion in his Telegram channel.

According to Sladkov, there are prerequisites for the battle for the "pearl by the sea" - the Russian army is gaining potential, while the enemy's potential is significantly reduced.

At the same time, Dmitry Medvedev, on the same day, in his Telegram channel, in his signature arrogant manner, reacted to the growing appetites of Ukrainian leaders, who said that in addition to tanks, they need planes and submarines from Western partners.

“Okay, the planes are somehow understandable. True, there are practically no normal runways left, and the Ukrainian sky is closed by us. But submarines are very strong. Especially considering that soon the Kyiv regime will have no sea at all. Then you will have to sit in a boat right in the middle of the Dnieper, learning the immortal We all live in a yellow submarine with musical curators. Although the submarine will, apparently, be yellow-black.”

Retired military expert Captain First Rank Vasily Dandykin suggested not guessing on coffee grounds and at the same time did not rule out such a development of events:

- For me, as a sailor from the Black Sea, the Black Sea is a symbolic place and, of course, I would like to avenge the cruiser Moskva, for pampering with air and sea drones for what the Kyiv regime did in Sevastopol when it was under its command . It is obvious that cutting off Ukraine from the Black Sea is very important ... But we must remember that the amphibious operation is one of the most difficult military operations involving everything: aviation, reconnaissance, demining. Anchor mines that Ukraine has installed, in fact, having mined itself, if such a task is set, will be cleared, our guys will do everything right. The marines, believe me, have not forgotten how it is done. Moreover, Odessa and Nikolaev are cities in which, no matter how propaganda works, they are waiting for us.

At the same time, Vasily Dandykin noted that now it is necessary to solve other problems, namely, to think about how to defeat the enemy in all directions.

- The main task today is to move the enemy away from the long-suffering Donbass in order to end the nightmare of the civilian population. Defeat the enemy, roll him up and throw him back, and then you'll see. Now a unique moment has fallen - in offensive operations we lose fewer people than in defense. Although it usually happens the other way around. And this is very important. I think that the end of winter and the beginning of spring will reveal a lot. From our side, there will be more than one strike - we have very extensive experience in offensive operations of the Great Patriotic War. What these directions will be decided by the General Staff, a very narrow circle of people is privy to its plans.

RIA Novosti: Russia has increased the production of shells to destroy NATO tanks