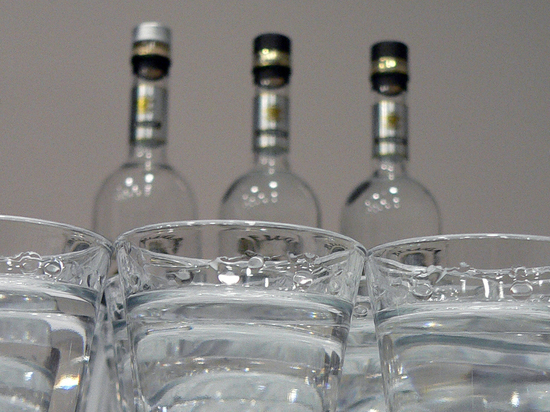 At the same time, the quality of alcohol is increasingly questionable.

The demand for vodka in Russia in 2022 grew by almost 6%, and retail sales exceeded 76 million deciliters. According to Rosalkogolregulirovanie, in general, the volume of sales of strong drinks and wine increased by 3.5% over the year, and the demand for low-alcohol products soared by almost one and a half times. These statistics clearly show that no matter what happens in the country - even a crisis, even sanctions, even a drop in income - alcohol consumption is only growing.

Despite the overall growth in the volume of retail sales of vodka in Russia in 2022, which amounted to about 5.9% compared to 2021, the main producers of the “green snake” show a slowdown in their production. Three major domestic distillery owners over the past twelve months have slowed down the pace of production of the most popular spirit in our country. Some factories explain the fall in the shipment of booze to stores with Western sanctions that prohibit the import of Russian products to many consumers from European countries, while others talk about the increased volume of illegal alcohol. Nevertheless, the experts interviewed by MK agree on one thing - they have not begun to drink less in Russia, but the quality of alcohol is increasingly questionable.

Vadim Drobiz, Director of the Center for Research on the Federal and Regional Alcohol Markets:

“Is this growth? Your salary grows by 6%, so you buy alcohol by the same percentage more. Needless to say, the degree and quantity of alcohol consumption in Russia is changing. People drink no more and no less than in previous years. But we must understand that in connection with the sanctions, our compatriots go abroad less and less. Those decalitres of imported booze, which Russian tourists used to consume abroad, are now being mastered in domestic alcohol markets. Vodka, as one of the most familiar and affordable strong drinks, is of the greatest interest and is in high demand. On the one hand, the growth in retail sales of vodka can be considered a “whitewashing” of the market (according to Rosalkogolregulirovanie), since the share of illegal products due to the purchase of alcohol in stores with official control means is naturally decreasing. Control over the production and trade of spirits is increasing. Indeed, Russians are less and less willing to buy counterfeit goods. On the other hand, those who have long ago bought their own moonshine stills and produce alcohol without contacting state regulatory bodies receive alcohol without any excise taxes. The export of Russian alcohol is increasing, but in rather modest volumes - the same European countries are ready to increase purchases from African and Central Asian producers.

“The accession of Crimea to Russia gave domestic wine producers much more opportunities to diversify holiday tables through the development of various fruit drinks containing degrees. In 2020, compared to five years earlier, wine production on the peninsula increased by more than a quarter. This trend was also facilitated by the growth in demand for locally produced wine products. The most noticeable jump in demand was for sparkling wines - their production volume almost doubled. Of course, stronger drinks began to be driven in large volumes. What is it connected with? It can be said that in recent years the social stratification of alcohol consumers has finally come to an end. More than half of alcohol lovers remained in the legal segment, where you can afford legal vodka, and the smaller one preferred home-made surrogates.”

Denis Sokolov, moonshiner with half a century of experience:

“It is possible to produce up to 10 liters of artisanal vodka, which is not inferior to legal vodka in terms of degrees and meets all quality standards, in less than a week in your kitchen. Costs, including electricity, will not exceed a thousand rubles. The quality will depend on the number of distillations of the mash. After the second distillation, the taste characteristics of the product will be even higher than that of the average factory products.”