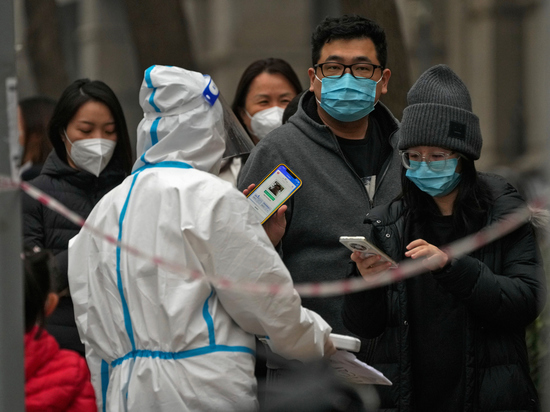 Even under Mao, the party decided to exterminate the sparrows so that they would not eat the crops in the fields. The whole Chinese nation and every individual Chinese beat drums and shot from slingshots, the unfortunate birds could not sit on the ground and fell dead, tired of flying.

“Our whole school went out to kill sparrows,” recalls one former Chinese boy. - We made ladders to knock down their nests, and beat the gongs in the evenings. This was long before we knew sparrows were good birds. At that time, we only knew that they eat grain.”

A year later, it turned out that there is no holy place, and instead of birds, locusts and caterpillars have bred ... Which you just can’t eliminate with drums. Then Mao announced that the main enemies of the Chinese are rodents and flies. Thank God, they didn’t force people to kill flies. Sparrows were imported for big money.

The year is 2022, but the mentality of the Chinese is unshakable, like the Chinese Wall immediately after its construction.

How can you totally fight viruses, given that they largely predetermined our evolution and are much older than man himself? Even older than sparrows!

But - antiseptics are sprayed over the city, they are forced to dress from head to toe in impenetrable overalls, in which only doctors in the "red zones" went with us. Despite the fact that the whole world has moved away from these methods. And nothing, alive.

And it's not the first time the Chinese are stepping on the same rake:

Following the sparrows, the authorities came to the conclusion that the Chinese multiplied too much, forbade families to give birth to more than one child. The consequences of this wild policy appeared almost immediately. Gender bias, selective abortions, and after a couple of decades, the burden of keeping old people with a few descendants.

Now they say: give birth as much as you want. And people no longer want to give birth ... Egoists, yes.

When the coronavirus came, it became clear that here, too, the Chinese would have their own, special way of total destruction of the virus, which, in principle, cannot be destroyed.

And it seems that at first the whole world looked closely at their Chinese version of the fight against COVID-19. Like hard lockdowns and the closure of entire cities. But over time, it became clear that as soon as any lockdown ends, the number of cases inevitably begins to grow. And in a geometric progression. You can only delay the spread of infection. But the more you move it away, the harder it will hit later.

Those who have not been ill will be ill anyway. And even harder. Since, due to wild restrictions and measures, people sitting at home on nerves, without work, normal nutrition and fresh air, people will lose their health and destroy their immunity.

Just as it is impossible to kill all sparrows, it is also impossible to break the natural course of epidemiological processes. But explain it to the Chinese!

For some reason, they, having stepped on the same rake so many times in an uncompromising struggle with anything, did not understand anything.

In China, the incidence of covid is growing: video of the construction of giant quarantine complexes

Major cities, including Beijing, are again closed for lockdowns, residents are not allowed out into the streets without a negative test for covid, exits from houses (even for groceries and taking out the trash) are strictly controlled, somewhere the matter has already turned into large-scale riots.

Everyone remembers a video about six months ago, in a multi-storey building there is a rumble, without trial or investigation, the residents imprisoned in it cry for help.

Children were taken from their parents. The pets were disposed of because someone thought they were peddlers.

What is this if not madness? Which, moreover, directly hits the Chinese and global economies.

Restaurants, schools, gyms, hairdressers are closed in Beijing. In all major cities, the so-called “covid police” are on duty on the streets, which totally controls everyone. The personal data of those who have an elevated temperature are immediately entered into a single database.

Produced goods are not shipped and are not delivered to consumers. All dissenters and protesters are thrown out of work. In the future, the closure of large enterprises, on the products of which the whole world is tied.

Supporters of the "conspiracy theory", meanwhile, say that this is a test in practice of the social rating system, which they want to introduce here for a long time, but it has not been introduced before.

Since January 1, 2021, each Chinese has officially been given 1000 bonus points, which are deducted for bad social behavior and added if the Chinese are law-abiding and useful to society, but even very peaceful Chinese have hammered a bolt at her. Therefore, voluntarily, this scheme, dividing people into first-class citizens and untouchables, did not work.

“I live in China, my wife is Chinese,” writes one of the expats. - Of course, I immediately told her - “Wife, get up, you have been assigned a rating!” I asked to see mine. She did not even understand what it was about, and, moreover, where to look for it. I called my Chinese friends - no one cares, no one really heard about any social rating. Where can I find my rating? No one knows".

“There is something like that in my Zhejiang province,” another Russian-speaking resident shares his impressions. - We have the maximum rating - 110 points, but in the city of Tianjin, for example - 1050 points maximum. The systems are different, they take into account different parameters, ordinary people absolutely cannot understand this.

The main thing is that it is not clear why this number is needed. It does not give any preferences or restrictions. It lists your parking tickets, police calls, unpaid debts, and so on. You go into your personal account in the application, you are glad that you have a rating of 100, or you are upset that your rating has fallen below 80. That's it.

The coronavirus, with its most severe and sometimes senseless restrictions, has arrived more than ever, by the way. To move from theory to practice.

Under the idea of ​​health security, now you can do anything: twist people's arms, deprive them of food, work. And if you consider that in fact the power in this country belongs to one person who recently strengthened his powers at the last party congress, practically expanding them to dictatorial ones, then it is clear that this is also a fight against any possible opposition.