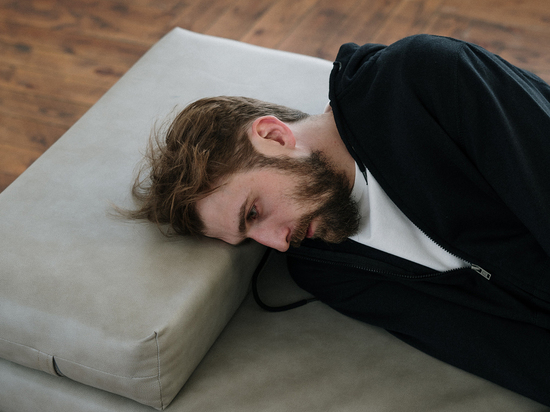 In general, if you get to the bottom, then in a world where there has not been a calm day in recent years, where sales of antidepressants have grown exponentially since 2020, almost anyone can want to die and get the right to die, according to the Canadian “concept”.

Experts point out that mental illness is more often in advanced form in people who are insecure, who cannot afford the help of qualified psychotherapists, and if euthanasia is introduced only on the basis of a psychiatric diagnosis, this will inevitably lead to a large number of poor people who take their own lives, and especially women who often attempt suicide in a stressful situation. Most often unsuccessful. Now they will be crowned with success, as they will be helped by professionals.

This amendment to Canadian law was made back in 2021 by Queen Elizabeth II, now peacefully deceased at the age of 96, who was also the monarch of Canada, after which the country's government announced that changes to the Canadian law on medical care for death ( MAID), that is, euthanasia, will officially come into force in the spring of 2023. The new version of Section 241.2 of the Canadian Penal Code includes changes to the rights, procedural safeguards, and structure for federal government data collection and reporting on euthanasia.

Previously, anyone who wanted to resort to such a procedure must be at least 18 years old and, most importantly, mentally capable. This meant the ability to make their own decisions about medical care. In addition, the applicant for euthanasia must have had a severe and incurable disease, but only a chronic mental illness could not be considered as such. Also, those wishing euthanasia in their right mind and firm memory had to confirm that their decision was not the result of external pressure or influence, and give their informed consent to this procedure.

If mental illness was the only medical condition forcing a person to consider participating in a euthanasia program, they were denied.

It must be said that euthanasia based only on a mental diagnosis is already allowed, for example, in the Netherlands. And there, this controversial moment in terms of morality and morality causes very heated discussions. What is generally considered unbearable suffering, and how to evaluate them?

The Canadian newspaper National Post interviewed the Dutch psychiatrist Sisko van Veen. He explained that with incurable cancer, which is one of the indications for euthanasia, “there is something inside the body that can be seen”: tumors and tissues.

But depression and other mental illnesses cannot be seen with the help of tomography. “In psychiatry, all you have is the patient’s story, what you see with your own eyes, what you hear and what his family says,” said van Veen.

Most mental disorders lack "predictive predictability", making it impossible to determine when mental suffering becomes truly unbearable. In most cases, the diagnosis is subjective.

That is why van Veen says that there are difficult times ahead, because it is almost impossible to detect the edge of intolerable suffering, and also to determine the voluntariness of the decision to euthanasia by mentally ill people, is almost impossible. It is clear that there is room for abuse here. It is clear that the rich can have access to qualified psychiatric and psychological care, but the poor? How should they be? Especially in the context of the global economic and political catastrophe?

How many of them can decide that death is much better than all these piled problems.

And if their family also receives any bonuses from this decision, what advice would they give to such a relative?

According to the National Post, Canadian mental health professionals are divided. Mental illness is never incurable, one side argues. There is always hope for a cure, there is always something else to try, the fact of being mentally ill should not be an excuse to let a person die.

What scandalous diagnoses can be the basis for euthanasia, showed an article by Dr. Jennifer Gaudiani and colleagues in the Journal of Eating Disorders dated February 15, 2022. The article sparked outrage among some of her colleagues for suggesting that people with severe, persistent anorexia be allowed access to euthanasia.

Dr. Blake Woodside, a professor in the Department of Psychiatry at the University of Toronto and a former director of Canada's largest hospital eating disorder program, said in his experience that most people with this diagnosis can still be saved.

Of the 22 people with anorexia for at least 10 years and with at least three unsuccessful attempts at intensive treatment, a third recovered, another third had some significant improvement and without any euthanasia.

The human right to life is priceless. In no case should any decision to be euthanized be considered conscious and voluntary. Everything related to neuropsychiatric diseases, say, anorexia, is very controversial - there was a story when a 15-year-old girl made the decision to die in this way, because she could not cope with eating disorders. Moreover, the parents also agreed that their daughter would actually be killed. All these are far-fetched problems caused by only one thing - the utilization attitude towards a person in modern Western society.

This is not the first time Canada and the UK have announced changes to euthanasia legislation. They, as well as the Netherlands, are in their own way innovators on this topic.

For example, in the UK there was a case of forced euthanasia of a seriously ill palliative child. At the same time, a number of European clinics were ready to accept this child for maintenance, but the court forbade it, despite the protest of parents and society. Probably not to set a precedent.

There are several areas that are facing issues of religion, philosophy, bioethics today.

From the point of view of religion, euthanasia is definitely an extreme form of protest against God and the commandments given by him. Since the human soul is immortal, only the Lord has the right to decide how and when to stop physical existence in this world. And from the point of view of law - this is a deliberate associated murder.

PS Somehow a survey was conducted on how people themselves relate to euthanasia and whether they are ready to approve the end of the suffering of close relatives. 60% of respondents answered that yes, they are ready. At the same time, the number of doctors who are ready to participate directly in this is much less. But the most interesting thing is that this question was also asked to those who are terminally ill, so less than 1% would agree to this procedure. That is, a person wants to live.