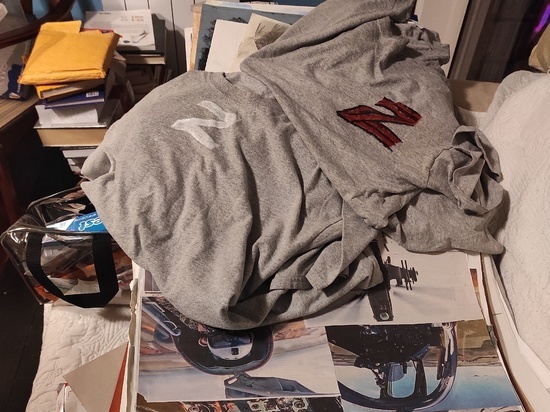 Viktor Bout, a Russian public figure, a member of the LDPR party, a businessman and a former inmate of an American prison, said that some of the documents and pictures were missing from his personal belongings from his places of detention in the United States. At the same time, the man, in a conversation with reporters on Tuesday, January 24, added that he received some of the items that he did not plan to pick up.

“The Americans collected everything that was, including a worn tracksuit, worn slippers and sneakers,” the Russian told the press. I didn't even plan to take it. It was important for me that there were photographs, my paintings, my notes and part of the books. As a result, it turned out that many drawings are missing that have disappeared somewhere, some documents and some books are missing.

However, despite such a strange transfer of personal belongings from an American prison, Viktor Bout said that their disappearance is not a problem for him. He urged "not to inflate where you can not do it." “We got things - and it’s good,” the novice politician emphasized.

He also expressed gratitude to the embassy and those people who met things at the airport and brought them home. “I am very grateful to the Foreign Ministry, directly to the Department of North America,” the man said. “Thank you very much and bow.”

Victor Bout's wife, Alla, said that the luggage with the personal belongings of her husband, a former prisoner in an American prison, turned out to be impressive. “Artworks, books and textbooks, letters from our compatriots, notes and much more came: even T-shirts with the Z sign drawn by him, in which Victor went there,” shared the wife of a businessman who had experienced a lot during the years of imprisonment in the United States.

The woman added that her husband, Viktor Bout's artwork, which he created in an American prison, will be presented at the exhibition, which is scheduled for early March.

The Ministry of Foreign Affairs of the Russian Federation has been negotiating with the American side for the release of the Russian for many years. Viktor Bout spent 14 years in a US prison. He was arrested in Thailand in 2008 at the request of US authorities and transferred to the States. In 2012, a US court sentenced him to 25 years in prison for conspiring to sell weapons to the Revolutionary Armed Forces of Colombia (FARC). The Russian Foreign Ministry immediately began negotiations on the exchange of a man for imprisoned Americans in Russia, but the United States refused to conduct a dialogue on this topic. It was only last year that things got off the ground. On December 8, 2022, the authorities of our country and the United States exchanged Viktor Bout, who was convicted in the United States for attempting to illegally trade in weapons and supporting terror, for the American basketball player Brittney Griner, who was convicted in Russia of drug smuggling. According to the Russian Foreign Ministry, the procedure for the transfer of prisoners took place at the Abu Dhabi airport.