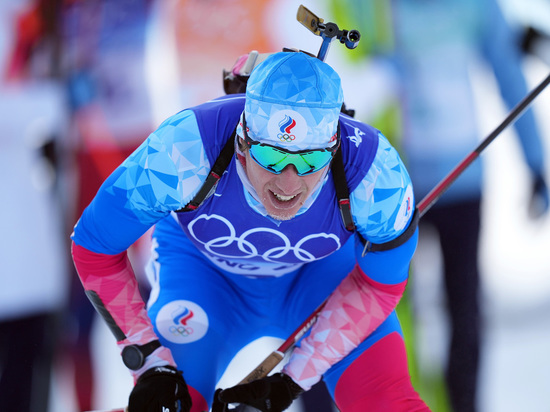 The first stage of the Russian Biathlon Cup, which started in Khanty-Mansiysk, will provide an opportunity to assess the state of the leaders of the national team, including in competition with the "dark horses". The decision to hold the sprint was announced thirty minutes before the start. Frost did not skimp on degrees, but he did not disrupt the race either, having passed the maximum allowed degrees.

Both Alexander Loginov and Eduard Latypov lost in the sprint to Karim Khalili. (Loginov was in second place, and Latypov was in fourth place.) Khalili did not make a single mistake, admitting that the last lap was the hardest of the distance: the frost did not allow him to feel his muscles and acidity.

And in the comments after the start, the winner radiated absolute calmness. Although he admitted that emotionally the first start is not easy, because the beginning of the season is notable for the lack of information about readiness. Moreover, both their own and rivals.

Khalili said that he was surprised by the result, because it felt like everything in the race was hard. Yes, and he only hoped to accelerate during the first starts. He said that he was going to participate in all races, and considers his sparring partner Daniil Serokhvostov to be his main rival. Both biathletes train with coach Artem Istomin, unexpectedly leaving the group of coach Yuri Kaminsky.

By the way, Serokhvostov himself, by the way, Khalili's only partner in the group, because all the other athletes in it are partners, ended up in eighth place in the sprint, having made two misses. He went to the start, although a few days ago there was information that Daniil was not ready for the races, because he had to take antibiotics due to illness.

The biathlete believes that he has not yet recovered from health problems in the offseason. There were problems in the summer, they also appeared before the start of the winter season: high temperature, sinusitis. “Sickness after illness, some kind of incomprehensible damage. I am glad with today's result, I thought it would be worse, ”Serokhvostov told Match TV.

Alexander Loginov, who lost first place in the sprint, also cannot boast of a calmly spent off-season. Due to health problems, I had to miss both the Commonwealth Cup and the summer championship of the country, Sasha began to train intensively only at the end of October.

Assessing the sprint of Khanty-Mansiysk, Alexander says that he did not even count on getting into the prize-winners, since he did not gain the necessary training volume during the preparation. In general, I assumed that there would be no sprint. Yes, and the weather conditions in which the race was held created problems: it was necessary, for example, to warm your hands in front of the firing line.

Loginov believes that he is unlikely to perform at all competitions for the time being. Rather, it will be a "point" output. And he expects that he will begin training in full in December-January.

Eduard Latypov, who became fourth in the sprint, completed the picture of the first start of the Russian Cup, saying that “it was hard to run in minus 20 degrees, but not bad for the first start.” Thank you servicemen. And he told that two layers of clothes and ... mittens saved him from frost.

“Today, for the first time in my biathlon career, I ran in mittens. So-so feeling, but what to do - the main thing is that the hands remain warm. Mittens are less mobile, in any case it is more convenient to wear gloves, but I’m sure this is not the last frosty stage, so we need to adapt,” the biathlete “Match TV.

But Maxim Tsvetkov, having made two misses, closed the fourth ten in the sprint. And he admitted that the weather has nothing to do with it. Just "not the most ideal" readiness. I also had to miss a lot in training in the off-season, and in October I was sick. Therefore, it turned out that I did not even conduct a single joint training session with colleagues, because I did only basic work. At the first two stages of the Russian Cup, he plans to run one race at a time.

... And to the painful question whether they will watch the World Cup races, which they were not allowed to because of the recommendations of the IOC, Alexander Loginov and Eduard Latypov answered this way: if possible - yes. Interest is maintained.

The girl was born with a tail in Mexico