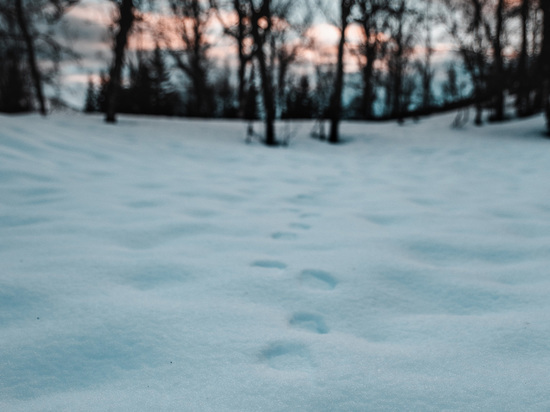 In a small Buryat village, another winter tragedy happened with a frozen child: a 4-year-old girl somehow left the house at night, when everyone was sleeping, and froze to death. In total, this large family had five children, and four are now, according to local sources, allegedly taken by guardianship. Experts call her actions "ruthless and unjustified."

"MK" found out from experts whether guardianship in such cases can take the rest of the children, and also talked with a child psychiatrist about the possible causes of the tragedy.

The deceased girl was brought up in a complete large family with five minor children.

The Investigative Committee of the Investigative Committee for the Republic of Buryatia reports that “a 4-year-old girl left the house unnoticed at night in light clothes, spent several hours on the street, during which the effect of low temperature led to hypothermia of the child’s body.” When they found her in a snowdrift, she still showed signs of life, but died on the way to the hospital. That night the temperature in the area dropped to -20.

According to investigators, the mother, as always, put the children to bed in the evening, and fell asleep herself in the next room. At about 2 am, the woman woke up to check on the babies and did not find her 4-year-old daughter in bed. Together with the older children, the distraught mother rushed in search of the baby. Only a few hours later, when it was already getting light, they found her ... The girl was lying near the fence of one of the yards, and, according to investigators, she was wearing a light demi-season jacket, dress and boots. “The child had signs of hypothermia. Police officers in their car drove the girl towards the ambulance to take her to the hospital. The cars met halfway, but by that time the child had died, ”MK was told in the Investigative Committee of the Investigative Committee for the Republic of Buryatia.

According to some reports, four children were removed from the family and placed in a social institution until the circumstances of the tragedy were clarified.

Elena Alshanskaya, a member of the Council under the Government for Social Guardianship, wonders why the guardianship authorities took such measures?

“I don’t know the circumstances of this situation, but from what I see in open sources, I can’t find any reason to select children,” Elena Alshanskaya shared her opinion with MK. - You can select only if there is reason to believe that there is a serious threat to other children left in the family, and it has not been eliminated. And if this is an act of punishment, then the mother is already punished by this grief, the loss of her child ...

The girl left already at night, after her mother put her to bed, that is, her mother controlled this moment. And my mother woke up, discovered the loss and immediately rushed to search. In such a situation, it is not clear to me on what basis and why to take the children from the family, because, after all, it is obvious that the mother herself is now in monstrous grief, stress, and there is no direct fault of her. Children are also under stress, why should they add it, deprive them of their mother, a loved one, and place them in a state institution? These are cruel, unjustified, senseless acts of guardianship. Unless it's some kind of distorted information from the field.

- The family is good, non-drinking. No one among us suggests that there could be malicious intent here, that the child could be thrown specifically into a snowdrift so that she would die. Dad was not at home that night, he was at work... Their girl sometimes walked in her sleep, - says one of the local residents. “Looks like she was a lunatic. But how she could put on boots and a jacket and go out into the street, we do not understand.

“Do not judge mother! - said one of the residents of the region, a doctor by profession. - Once we had a case in the hospital: a three-year-old child put a stool to the door at night, opened the door and went to the supermarket! I just wanted a lollipop. And he was brought to the hospital to us! And the parents were very good there!

“First of all, it doesn’t look like sleepwalking. As a rule, it happens within the room, within the house. And certainly, without regaining consciousness, the child will not get dressed, - the well-known child psychiatrist, Doctor of Medical Sciences Lev Perezhogin shared his opinion with MK. - There are several possibilities here. First, the girl could be conscious, she woke up, was frightened of something, put on the first clothes that came across and ran wherever her eyes looked. Such an impulsive reaction. The second option: it looks more like a fugue (a rare mental disorder characterized by a sudden but purposeful move to an unfamiliar place, after which the person completely forgets all information about himself - AWT). There could be a so-called “hysterical fugue” - this is when people behave as if naturally and correctly, and with further conversations it turns out that they could travel the world for six months and not remember about it later. On the other hand, it is difficult to assume such a condition in such young children.

There could also be an “epileptic fugue”, this is when the child is in a semi-conscious state and does some stereotypical actions, for example, dresses, as it was here. This moment is also indicated by the fact that the girl was found in a snowdrift away from home. Usually the disturbance of consciousness ends in deep sleep. She ran, stopped halfway, fell and fell asleep. But all this is only speculation, since we do not know anything about the condition of the child.

As for being able to open the door yourself, any healthy four-year-old child will cope with this task. If he can reach the lock, he can turn the key, and so on. And we, as a rule, always leave the key in the lock.

To avoid such tragedies, parents should regularly show each child to the doctor. Even if, at first glance, everything is in order with him. At a year, at two, at three, as part of a medical examination, a psychiatric examination is included in the plan - but with the consent of the parents. Most parents do not give such consent, but in vain. If some problems have already been noticed behind the child, then here you need to take more serious approach to locks, window frames, that is, take additional precautions.

Vladimir Fedorovich, adviser to the chairman of the executive committee of Rossoyuzspas, shared his opinion on the tragedy: “This is more a question for law enforcement agencies and social workers who should figure out what happened in the family? There are reasons why a four-year-old child left home at night. I would once again remind parents that they need to take better care of their children.”

Torpedo goes on a winter break with hope