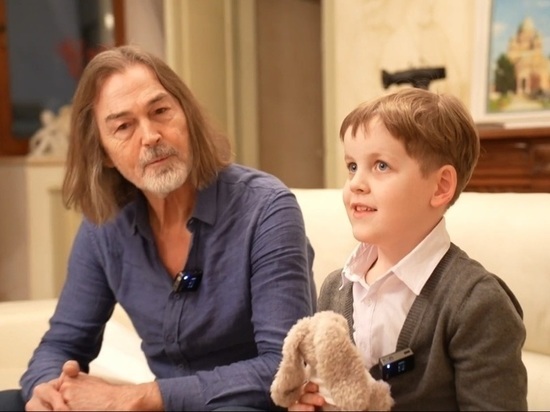 The mother of the child told about this to the artist Nikas Safronov, who invited the family to visit him

The story of the boy Bogdan, who fell under the wheels of the car of the deputy of the Tatarsky district of the Novosibirsk region, Sergei Mamontov, received an unexpected continuation. Recall that the incident happened more than two months ago, when a child went for a walk in the yard, got carried away looking for a cat, ended up at a pedestrian crossing and was hit by a car. A local deputy was driving a foreign car. The boy somehow made his way to the house, where his mother had already called an ambulance for him.

Bogdan spent a long time in a hospital bed. And when he more or less recovered, he, along with his mother and sister, was invited on a New Year's trip to Moscow. This was done by the artist Nikas Safronov.

- I myself experienced a similar misfortune in my childhood, - Nikas told MK, - When I was three years old, I saw a beautiful trophy car coming towards me. I wanted to stop her, shouted: "I won't let her go." It was August, it was hot, and, apparently, something happened to the driver: he did not slow down and drove over me. Then he came to me with a bottle of yogurt as a gift, his mother kicked him out. I ended up in the hospital in August, and was released only in March ... These memories made me respond to Bogdan's grief.

Safronov received the boy's family in the capital. Knowing that Bogdan loves to draw, he made a master class for him. In addition, he showed Moscow and invited him to visit him, where he presented various gifts: there was a book signed especially for the boy by Zurab Tsereteli, and a ship that Nikas once bought at an auction in Holland, and a famous painting by the artist, in which a rabbit in the form of a dove flies with the good news, and a porcelain motorcycle with Gzhel painting, which exists in a single copy.

“They, in return, presented me with Siberian fat, walnuts, and sunflower oil. Although they live very modestly, they don’t have a dad, Nikas shared.

By the way, after the incident, Bogdan's mother decided to christen the child. After all, on that very ill-fated day, before leaving for the street, Bogdan took a cross on a gaitan that lay there from a shelf and put it on. The boy's mother told about this during a tour of the Cathedral of Christ the Savior.